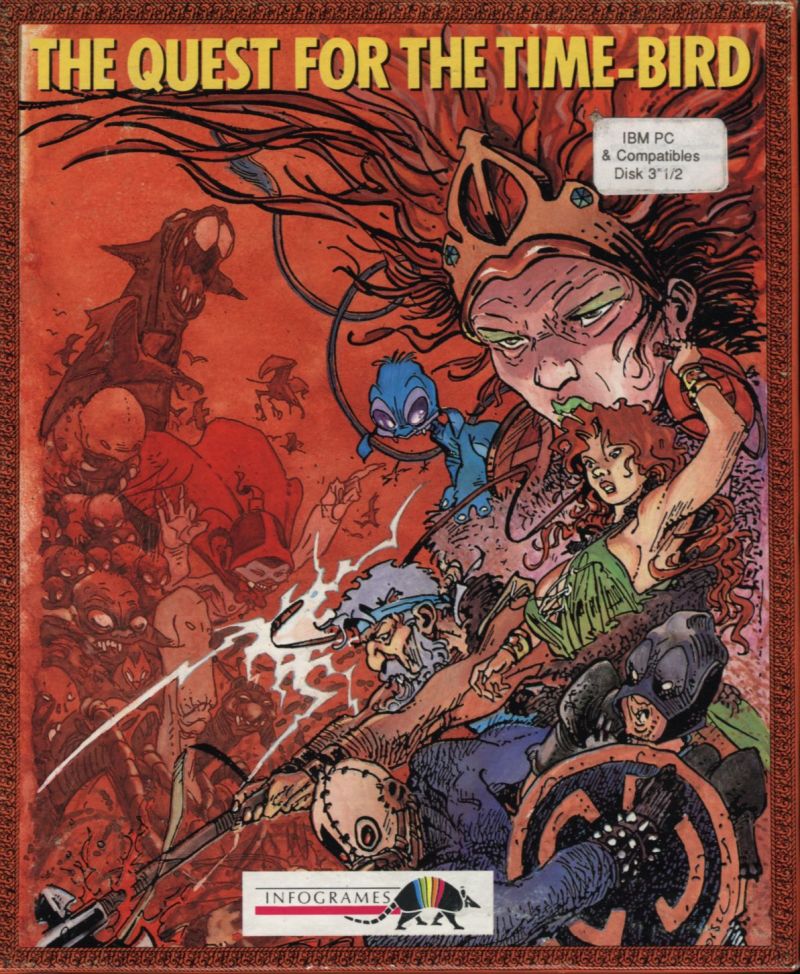 The Quest for the Time-bird

Click here to play The Quest for the Time-bird online
3.4 /5

Do you think old video games are boring? Play The Quest for the Time-bird, it is a 1st-person perspective game developed by Infogrames Europe SA and released on DOS in 1989. You will then know that you were wrong.

The Quest for the Time-bird description

Underrated at the time, the game combined genres of RPG and adventure, which may not be appreciated now. The reason – the game is based on the French graphic novel, and, apparently, it is believed that players should be familiar with this novel, because the plot almost incomprehensible.

Managed to understand the following: you play as a party of two characters, Roxana, daughter of witches, the Mayor, and armed with an axe knight Bragon, Roxana restored to life, who live in some fantasy world populated by wizards and creatures, their task is to find the Bird of Time (why?). In the future the team can join two NPC. Game time covers nine days.

The Quest for the Time-Bird, in fact, the closest thing to quests text, which suddenly turned into picture books. The entire game is, in essence, is the same graphic novel. There's no animation of moving characters, there are only overlaying images on one another, in some of the old comics.

The main picture is the background where your characters are, for the part of the image superimposed a different, already by the characters and what they are doing at the moment, and just below – "selection panel", where you by means of the mouse can choose from the phrases/commands/questions that need now to take. There is also a special regime of movement on the global map of the world where the action unfolds, you can call and the inventory menu that is in the game is also present, and a panel of the Commission of any specific physical action.

Despite the fact that the game only supports CGA and Hercules, in the second case it will look at the chart worthy. More depressing – not so many elements from the actual gameplay. Sometimes it seems that we have before us a book, not a game, so sometimes is a little interactivity. Speaking of which, get ready for what to read there will have a lot.

Verdict – very unusual, perhaps with a claim to masterpiece, but for an Amateur and with the loss of more than half of the charm due to the lack of a full understanding of the plot.

Enjoy playing The Quest for the Time-bird online, it can be played on your browser and is free.