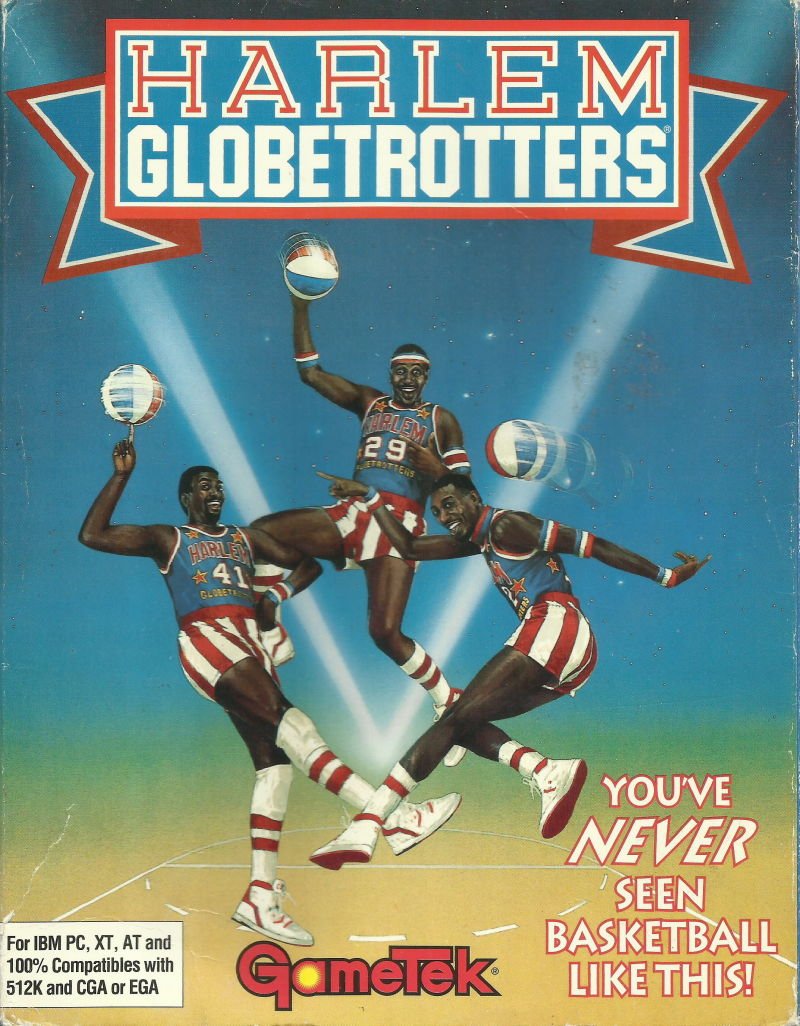 Play online, the famous Harlem Globetrotters, a Sports game, published by Softie, Inc. in the year 1990.

Arcade basketball simulator, in which you can only play single matches for the team the Harlem Globetrotters or their rivals, command Generals. Each team has five field players, it is possible to do the replacement.

About the game itself we can say not so much. Before you start you can define time periods (from minutes to twelve) and choose, as has been said, team. For the "generals" to play a much harder, as their opponents, which gave the game a name, a number of specific tricks and techniques. The game also has a "trick" (again – only in the game for HG): matches judges, the referee, who sometimes can attack, pull his pants off and throw them on the ground (...).

Graphics frankly cartoonish (most likely, the game was originally designed for kids) but very beautiful and bright, well and in detail traced not only the players, the cart and the platform, but also the spectator stands, and even the bench and the commentators. Probably it really is (including because of simple control) in a much more arcade game than a full simulation, but to play it is still very, very interesting.

Now, play Harlem Globetrotters online for free on your browser and make your boring weekend fun and full of entertainment.