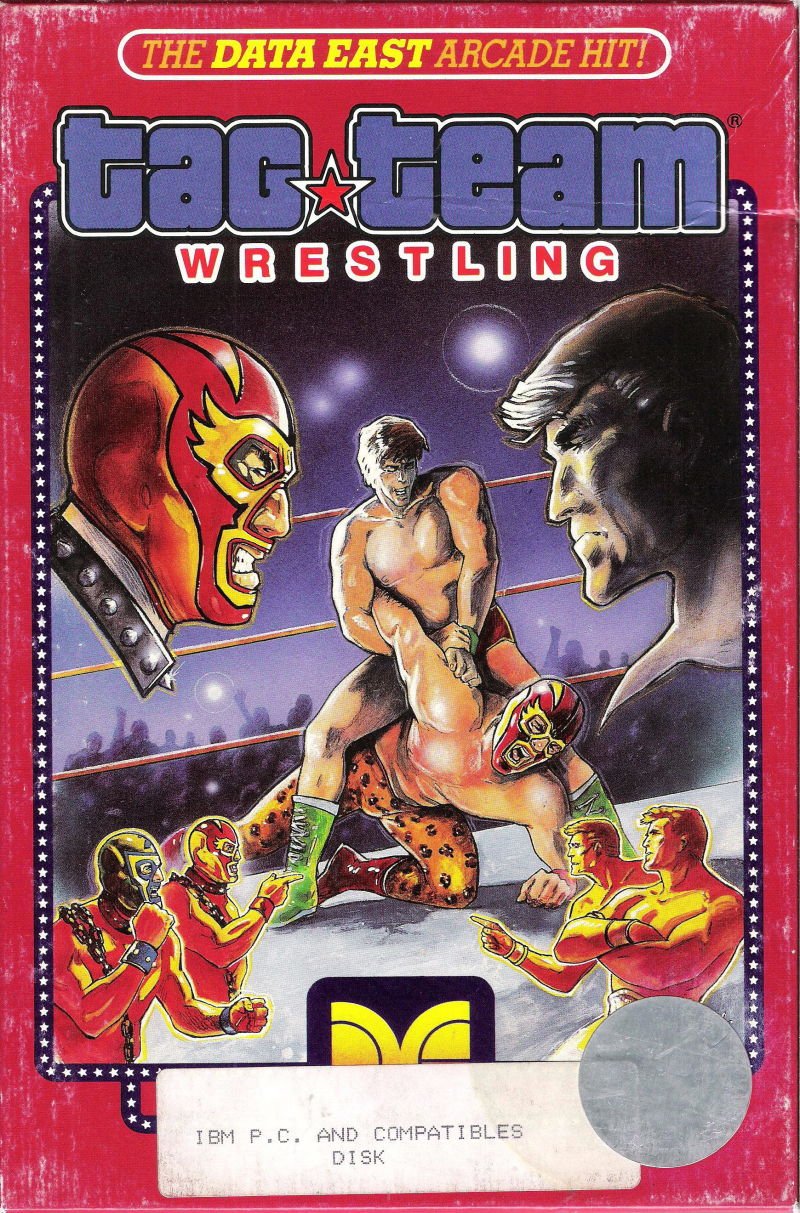 Tag Team Wrestling, a top-notch Sports game was developed by Data East Corporation in the year 1988. This was a very famous and in-demand DOS game. You can play it online here again.

A very old simulator of wrestling, an interesting feature of which is the ability to select roles your wrestler (because, as you know, in wrestling there are "good guys" and "bad", called "hilani"). The only game mode is championship, where you have to win thirty-five battles, playing for "good" or "bad". Another interesting point is that the each of the fighters "strips of energy", which is shortened if it is pressed to the floor. However, if you let go and then quickly press a special key several times, then the energy is immediately restored.

The game itself is one of the first on the PC on the subject of wrestling, so now it is quite difficult to find something original, but for its time, much of it was unusual. The AI opponent is not particularly strong, the graphics is only CGA and criticized even in the years of release (although it still looks quite nice). With all this, the most "old world charm" in the game there are just huge numbers, so that all the nostalgic who like the old fights, it may well be to your taste.