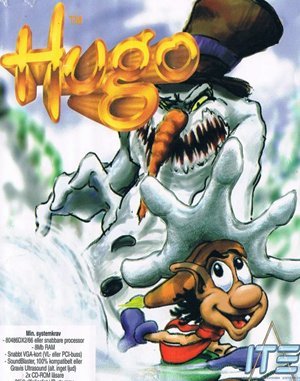 Click here to play Hugo online
5.0 /5
The first in the Hugo franchise, based on the original TV show under the same title (before its Jungle Island edition).

The evil witch Hexana kidnapped Hugo’s family and he has to rescue them. This game contains five ported levels from the popular TV show. Play Hugo online here, in web browser for free!

In every playthrough you have to beat three levels which you choose beforehand. You have to select either 1/1 or 1/2 and either 2/1 or 2/2. Because the levels were created for a TV show were you had to control Hugo with your phone buttons, the controls are simple: Depending on the level there are just two or three buttons to press at the right time.