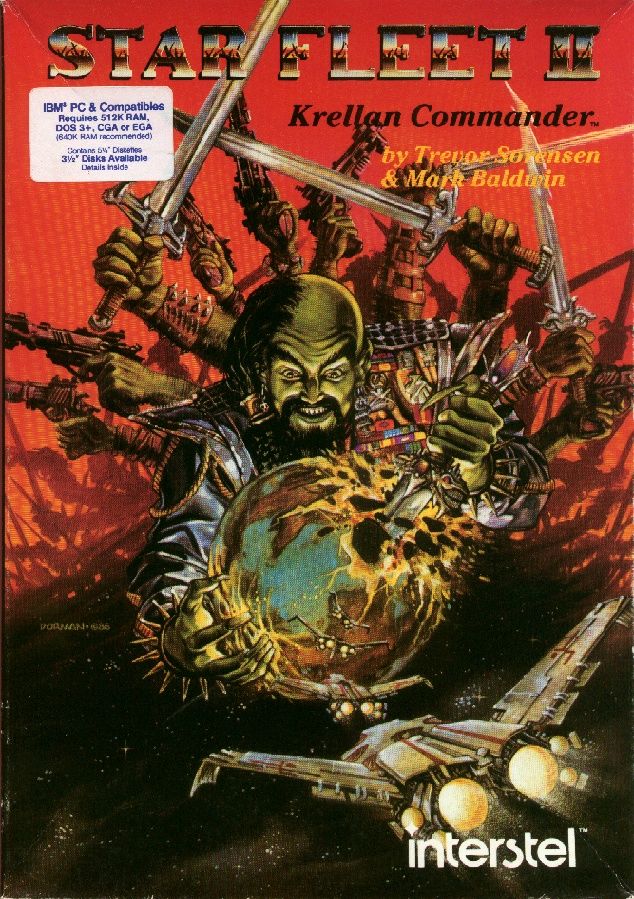 The continuation of the text space simulator, telling about the study by the people of the cosmos and the struggle against two alien civilizations.

The fact that this game is quite a feat, because even in those days, the first part enjoyed no great success.

Likely to attach to game anyone, the developers decided to go "towards" the "masses" and added to the game quite a bit of graphics - so the sky map now looks a little more realistic.

The plot of the game has changed - now you're playing Crelanu, one of those races that people are fighting.

The innovations in the game: you can (but not immediately, of course) to command a fleet of space ships, unable to master the technology of teleportation to instantly penetrate the enemy ships (but they can also such to master) also added a new kind of battle - the battle on the planets. Again - two options: either you invade or to you.
In all other respects there is absolutely no change - the same almost complete lack of graphics and a solid set of numbers and letters, the same maximum unfriendly interface, same game concept, two game modes (navigation and battle, but now the planets), the same goal - to win...

The game can be recommended except to those who liked the first part.