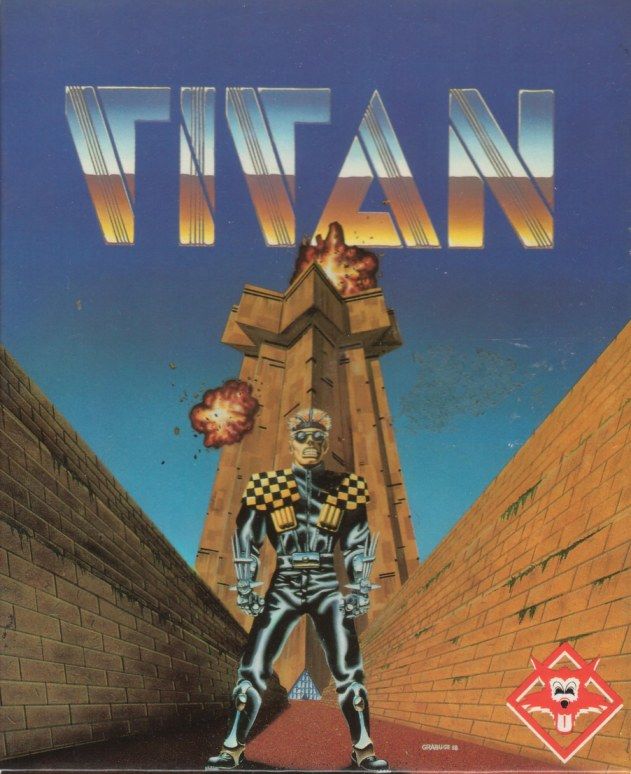 In 1989, Titus France SA released a Action game named Titan. You can play it online here.

In the distant future, computer games have become brutal entertainment bet in which the player's life. One of these games and plays our hero. Essence – his consciousness is placed in a virtual world in which a metal ball needs to clear the level from rectangular blocks.

It looks like this. At each level there is a ball there is a green square-the"controller" of the ball (the personification of the player), there are blocks. Units can either destroy or "push" beyond the level. Theoretically, this game can be considered a perverted version of arkanoid: the fact that the globe as such we can not control – only, "control". He moves around the level freely, our task is to move the green square so that he came in contact with the ball, second touch to direct the ball to any block. Some levels have teleporters or a very strange problem – for example, a square, destroy the wall to release the ball for movement.

Teleporters are used to swap places with the ball (he will be there, where now the square), is also a very dangerous "blocks-skull" (if a ball or square face that will be lost one of nine lives of the player), from floors and walls can break off pieces, which, in General, is safe and can be destroyed, but the pieces themselves sex can suddenly turn into the wall (sounds stupid but it is), which would complicate the passing game.

Graphically, everything is executed perfectly – just the graphics that is not obsolete. But to play it is very difficult – on the one hand, it really is necessary to think, to think very, very quickly. So – another gift for the hardcore.

Heroes of the Lance