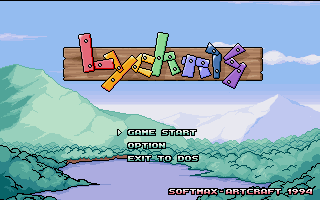 With many different features and various levels, Lychnis released in 1994 hit the right chords right from the beginning. Play this excellent Action game and online now.

Little-known Korean platformer, the first game, then went into the area of creating online games. The game is in Korean (but the interface is in English), so to understand the full story it would not be possible.

Side view, there is a scrolling screen (at three levels – auto); before the start of the game you can choose between two characters: a knight Lychnis'ohms, which gave the name of the game, and the sorceress Iris. The first fights with a sword and can fearlessly to jump off high walls, while the second weapon is a magic staff, and a special ability – double jump. It is necessary to note that the style of play each character different, though sometimes differ quite strongly (even though the levels during the passage of both characters are the same), and moreover, the number of bonuses available for collection only this or that hero.

The levels of medium size, strictly linear, however, often require intense brain activity, as "mysteries" in terms of how to pass a particular place in the game are, and the enemies you confront are quite strong. The hero does not die from damage, are found healing bonuses, there are a few "lives"; the latter, however, are small, and the possibility to save the game, or at least to enter some kind of password to start playing from the beginning in case of defeat, not in principle.

If during the passage of the level a hero has been found a special bonus, after the completion of this level provides access to the "store" where you can buy upgrades for your weapons (so it was causing more severe damage) and armor (in fact – the increase in "quantity of life" character). The acquisition is carried out with the help found in the game of gold, which, like healing bonuses, enemies leave after their destruction. However, it is worth considering that in some places of the game, the hero may be faced with a tricky thieves (!), that could very well steal a significant portion of the accumulated capital.

The graphics in the game are drawn, but can be called rather weak, even for its time: the backgrounds are present and quite diverse, but the characters and objects are drawn finely and deliberately like a handicraft. However, all this can be attributed to the peculiarities of the visual style of the game, which really suits her. Overall – interesting and challenging platformer with a "Korean" flavor, which may brighten up connoisseur of the genre a few nights.

Have you ever wondered what kind of video games were played in the good old days? Try playing Lychnis online now and we are sure you will not stop playing again.