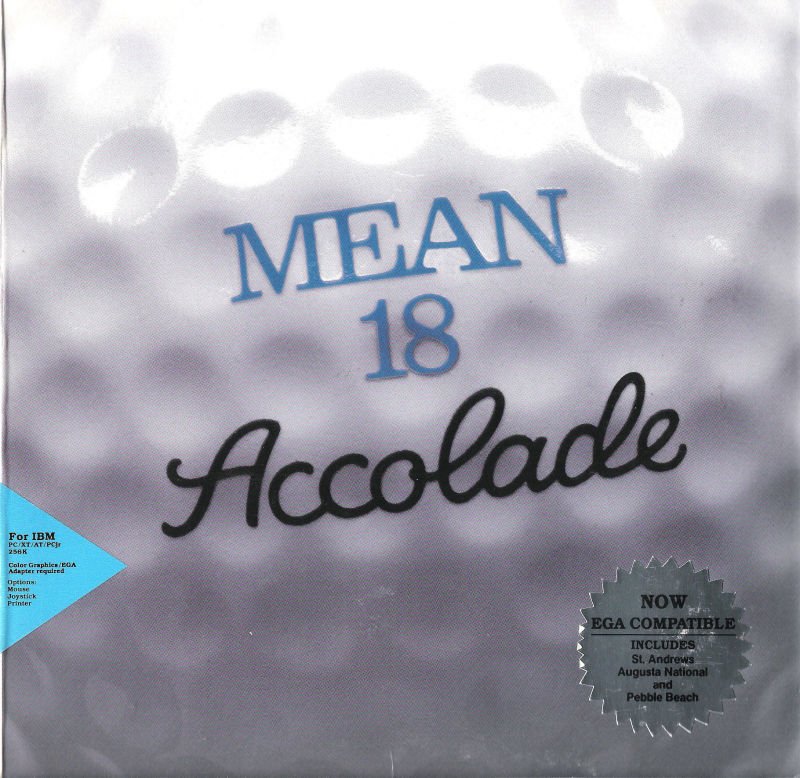 Mean 18 is a Sports game released by Microsmiths, Inc. in 1986. It is an interesting DOS game and a must play for all old videogame lovers.

One of the first Golf simulators on the PC, while trying to be as realistic in spite of everything – even the fact that it was carried out in three steps (take a club, swing it with varying force and then strike).

Traditional game modes, that is, different tournaments and other things here, but there is a choice between two levels of difficulty, and it should be noted that the difference is actually quite significant: for example, on the difficult level longer the distance to the hole, the ball flies in a more complex trajectory, and visual effects, so selecting the last "click" (for a strike) to it. There is a practice mode; lawn technically only one, but it is possible to create your own (!). Finally, a computer can play at least four.

The graphics in the game to "modern" eyes, of course, may seem unimportant, but for its time this palette, of course, was wonderful, and not to mention that the drawing of the player (the game is third-person side view) performed almost better than drawing backgrounds. In General, something special from Mean 18 to wait probably not worth it, but still it is one of the pioneers of the subgenre, and thus (at least for fans) is alive its a classic.

Have you ever wondered what kind of video games were played in the good old days? Try playing Mean 18 online now and we are sure you will not stop playing again.