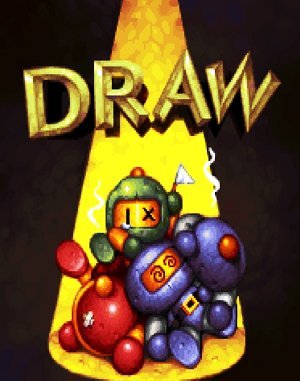 Mr. Boom is an excellent, near flawless clone of Bomberman, a famous action puzzler that most console fans are familiar with. Although the PC version of Bomberman already exists in Dynablaster, what is special about Mr. Boom is the multiplayer option: up to 8 players can compete via an IPX network.

As in Bomberman, your goal is to drop bombs at the right spots to destroy wall segments and enemies, find extras to increase your bomb’s fire-range and the amount of bombs you can drop at once. You must, however, be careful to not get hit by your own bomb’s fire. When you find the exit to the next level, you can enter it as soon as all the enemies are cleared from the screen. In addition to superb multiplayer play that features individual fights and 2 different “team” modes, Mr. Boom adds some interesting bonuses not found in the original Bomberman, such as a cool “tri-bomb” bonus that is a lot of fun to use (to watch your friends get plastered, of course ;)). Up to 10 different games can be played simultaneously in the same network.

Mr. Boom was clearly designed from the ground up to be a muliplayer Bomberman game, because the single player levels are both uninspiring and limited (only eight in total). If you have friends who also enjoy Bomberman or similar games, Mr. Boom is a must-have.

You can play Mr. Boom online here, in web browser for free!

The Usurper: The Mines of Qyntarr