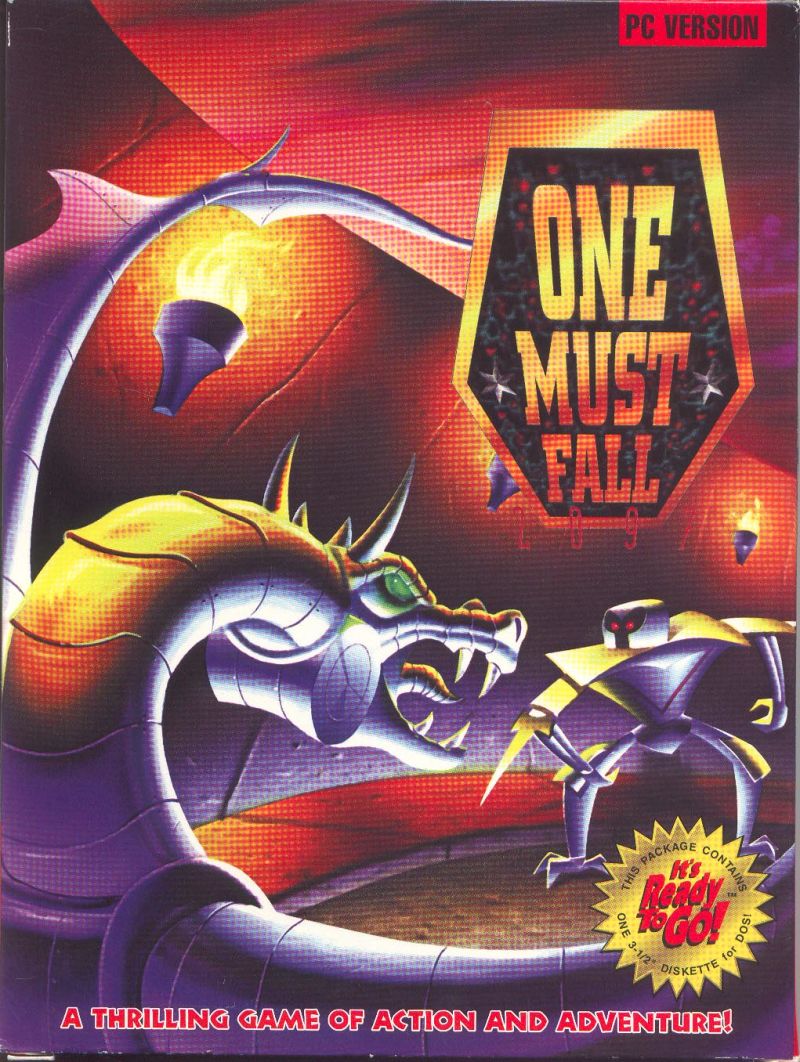 Do you want to relive your good old memories? Play One Must Fall 2097 again, it’s a perfect DOS game launched in 1994 and a must-play for all video game lovers.

One Must Fall 2097 description

Games-martial arts (so-called “fighting”) has never been common on the PC as widely as, say, in the arcade. Historically, personal computers simply could not compete with powerful machines the ability to quickly and granular way to display opposing, and keyboard with mouse loses the joystick in the control of characters. However, fans of fighting games among PC owners always had enough, and, therefore, there were ports and clones of the most famous martial arts under MS-DOS. After the incredible success of Street Fighter II, many developers began to look for himself in the field of creation of fighting games. One such attempt was One Must Fall, designed exclusively for DOS. To the status of a commercial product, the game is not Mature enough to the screen, lazily circling the two are very similar to the unforgettable ryu and Ken, in essence the same, the fighter, slowly repeating memorized techniques.

Fortunately, Diversions Entertainment have not abandoned the project, and in 1994, came One Must Fall 2097 (OMF then just). The game moved a hundred years ahead and replaced the two identical eleven fighters do not like each other huge manned robots. It was a very interesting and successful. First, when creating the soldiers of the designer is not constrained not only existing fighting styles (as constrained by fighters from the Street Fighter representing the martial art native countries), but even the fact that a fighter needs to be a humanoid. Secondly, now two cars with the same set of techniques can be different in combat, because are driven by different pilots, to uluchshit piece of metal is much easier than to train the body, – would be money. Thirdly, enter to the game the most money on one salary it would be expensive to maintain 30-meter-high steel giant, to repair and to buy him the improvements – it was agreed to turn the battle in tournament contests of professional athletes... Well, that sport as a sport, I would look - in our time people watching, for example, by rubbing the ice in front of a sliding stone. Fourth, the idea of piloting “fur” is very popular and not very scientific fantasy, various anime and other manga. It is possible that the existence of robots joined and still join the army of fans of OMF. Nobody said mejoin an avid (fan of the game series Mechwarrior series of books BattleTech), splitting her free time shooting PPC on the heads of enemy mechs, do not want to slightly change the hobby and, for the sake of diversity, to move the head a steel leg?

As mentioned, fights robots in the world OMF is not only socially acceptable (unlike a semi-competition and Street Fighter Fatal Fury or mystic tournament survival from Mortal Kombat), but are professional sports and shows. About battle metal giants even in the news; speaker, briefly describing your past game, is one of the most recognizable characters of the OMF. Management of their “sports teams” will have to do for yourself. It includes decisions about the change of tournament, change of the robot and improving it; if you find yourself on the verge of bankruptcy, then have to sell part of the improvements to your robot or bonded labor mechanics. It is necessary, however, to say that the tournaments, so you like a wide range of audiences, for a 2100-year universe OMF is a relatively new phenomenon. It all began in 2097 from Christmas (hence the figure in the title), when a multinational mega-Corporation WAR (World Aeronautics and Robotics – World Aeronautics and Robotics) decided to colonize Ganymede, one of Jupiter's moons. Manager of the colony it was decided to appoint a winner in battles HAR's (Human Assisted Robots – manned Robot), a kind of avatars of workers carrying out work in unbearable circumstances (lack of air, weightlessness, etc.). In fact, OMF offers two single player modes: the story of the ascent to the management of the colonization of Ganymede, and a career as a professional pilot and HAR'. If the first limit the player's improvements, gradually increasing rivals, the second provides the player himself with the help of training management HAR'and selecting the rank of the tournament to adjust the difficulty. By the way, the style of passing will certainly be different. If the regime's narrative about the struggle for control of a colony mainly have to rely on strong single shocks with low jumps, and combination can only afford pilots the fastest machines (such as Shadow or Shredder), then the tournaments HAR'you show your true potential, and at the forefront of mobility and the ability to combine some techniques.

The combat system OMF at first glance is not different from many other martial arts. All fighters have three different power and speed strikes the feet and hands that can be drawn from the squat; all endowed with the ability to hit the jump, throw the opponent to block a shot and finish off the defeated a la Mortal Kombat; everyone has his own set of special moves. However, OMF is not a manufacture, as it might seem, because, as already mentioned, and bots, and their pilots have their own characteristics. Thus, if you had some hand in combat with a powerful but clumsy Shirro, the clever Milano, it is likely to leave her. The possibility of improvement HAR's leads to the fact that the fur of the Jaguar, which at first seems the weakest of all, mobile is becoming a hurricane of powerful combos and relying mostly on a single special moves Pyros cease to seem so preferable. Various HAR's in the game – eleven (with a playable “boss”), pilots with a lot of secret personalities (like rabbit Jazz'and Jackrabbit'a) more; each pilot has three characteristics that you can improve during the tournament, each machine can be set to three improvements in six different areas. If you want to surprise us with their knowledge of combinatorics can count the number of different possible systems "fighter robot" and write the number in comments (do not forget about the fact that HAR'you get bonus special moves for certain achievements in the tournament). I on your place would not began to do such calculations, but simply would have played in this little miracle of human resourcefulness. By the way, that I was at the time impressed: it seems that AI opponents in the OMF fixed it for pilots, but not for HAR'AMI; the same characters in different tournaments piloting different machines - so, the "author's style" it is currently known.

Technical performance of the game rather pleasing. If you think that your HAR is moving too slo-mo, then most likely, he just need to do a better mobility or to choose a more suitable pilot. Graphic design, perhaps on the level; not, say, Mortal Kombat beauty here far away, but on the other hand, the famous MK to boast of something more than themselves, and nothing. Arena is good – creates a three-dimensional effect thereof. By the way, four of the five arenas of interactive and able in one way or another affect the course of the game (called “hazards” interference). In addition, OMF is also widely known in narrow circles of their music – quite unsophisticated, but surprisingly strong techno listen to very appropriate.

To play it is definitely worth it. This original creation Epic MegaGames is one of the most iconic fighting game, is on a par with the best representatives of the genre, and thus easily and simply played with the keyboard.

Do you want to relive your memories and play One Must Fall 2097 online in your browser? Play it now for free.

Click here to play One Must Fall 2097 online
Rating breakdown