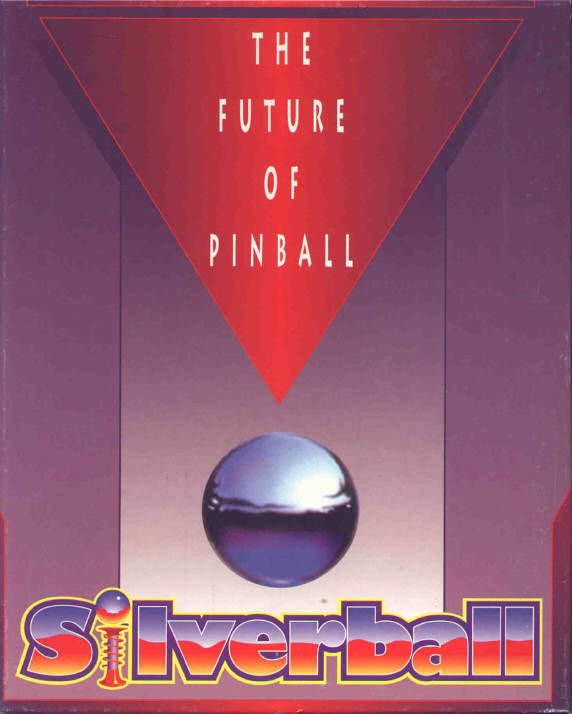 Do you want to relive your good old memories? Play Silverball again, it’s a perfect DOS game launched in 1993 and a must-play for all video game lovers.

The heir to Epic Pinball, never achieved the popularity and recognition of his ancestor, but pretty close to it approached. It was reprinted many times: in the first edition included tables: Fantasy, Blood, Snooker Champ, Odyssey; in version Silverball Plus 2 included advanced Warbot and Duel, and besides, the keys Z and / are responsible for the aftershocks of the table to the side. Separately you can set the table, Nova, mention of which is not even in the documentation. This description is considered the most complete version of the game.

Fantasy - table devoted to the search of treasure in the dragon's cave. Missions and items are named accordingly: for example, the side Kibaki in which drawn the candles "lit" (activated) by means of passage through areas under Kingscote. Beats the latest call of lightning all over the table. The hole above the spell book activates the various modes, which are the spells: for example, if 3 times to get there with the ball, you will activate the "Fireball spell" which will give an additional 100 thousand points of any award on the table.

Blood - the player must get rid of the ghosts, poisons, spiders and other creatures of darkness. Only a true master of the blood will reveal all the secrets of this table and grab the jackpot. Although to it is simple - we need "only" to roll the ball along the line with the word COALS when it lit; that's just nowhere in the instructions does not say how to turn these letters, the true master must understand himself!

Snooker Champ - table devoted to not only the snooker, but in and of itself is a reference to pinball 1960-ies. For example, the events it brings are not that great glasses - hundreds, sometimes thousands, whereas in other tables they are usually a thousand times more. For more of the atmosphere of those years added explicit targets and light bulbs. The activity of many rollovers, which is typical for this developer, is controlled by keys control flippers.

Odyssey - table dedicated to the Greek mythology, and its name is a reference to the poem of Homer. The plot, however, is quite different - it is necessary to build a celestial ship and fly it into the skies to find and destroy the evil. Riding Pegasus, it is possible to superjackpot. Another jackpot is obtained in the case of mode multiball. An important difference from other tables there is an extra flipper in the center, which is less than the usual two times.

Warbot - table dedicated to fighting robots, rather close to Robocop and other androids than robots the size of a house. Give points in the heart of the thousands and tens of thousands. Bumpers are significantly weakly hit the ball up, making the scoring somewhat difficult. Kibaki initially inactive and must be activated, which reduces the time of the game. Table felt unfinished.

Duel - table dedicated dueling with swords. Another modeless table, mechanical built in the style of pinball. 1960s: there is not even Kibaki! In this gameplay it's pretty simple as to throw in inaccessible places the ball quite difficult. However, the lack of modes makes the gameplay too shallow.

Nova - table discussion on sci-Fi space adventure. The developers did not just call the object it names the elements of the space of games, and really tried to create the atmosphere of the trip! For example, instead of kinbaku there are holes, which are activated by passing over slingshots do not kick the ball back, and teleported him to the top of the space. The table not only multimode but also multilevel: rolling ball in a cave or teleportirovat it there right through a black hole, you can either beat them bumper-tower, kick him out of the cave, or even send him to the line on the other end of the playing field. Information Board, of course, not visible during gameplay, instead of directly on top of it there are a variety of messages about modes, which is in the spirit of the style of the table.

Separately want to talk about the musical accompaniment: each table is its own tracker music. It sounds different, but quite nice, and it even would be worth listening to separately from the game, if you had the chance.

To summarize: the game can be recommended to fans of pinball. it is the computer because no "real" table is not here. Interactivity in comparison with later pinball, too, may disappoint. The advantage of this game is the flexibility of the difficulty settings and the number of balls 3 or 5; the difficulty of the process is regulated by the tilt of the table (Angle in settings) - what it is, the faster the ball rolls down.

Strong game in which one can feel some fatigue on this type of entertainment.

Want to play Silverball online now, play it on your browser here.