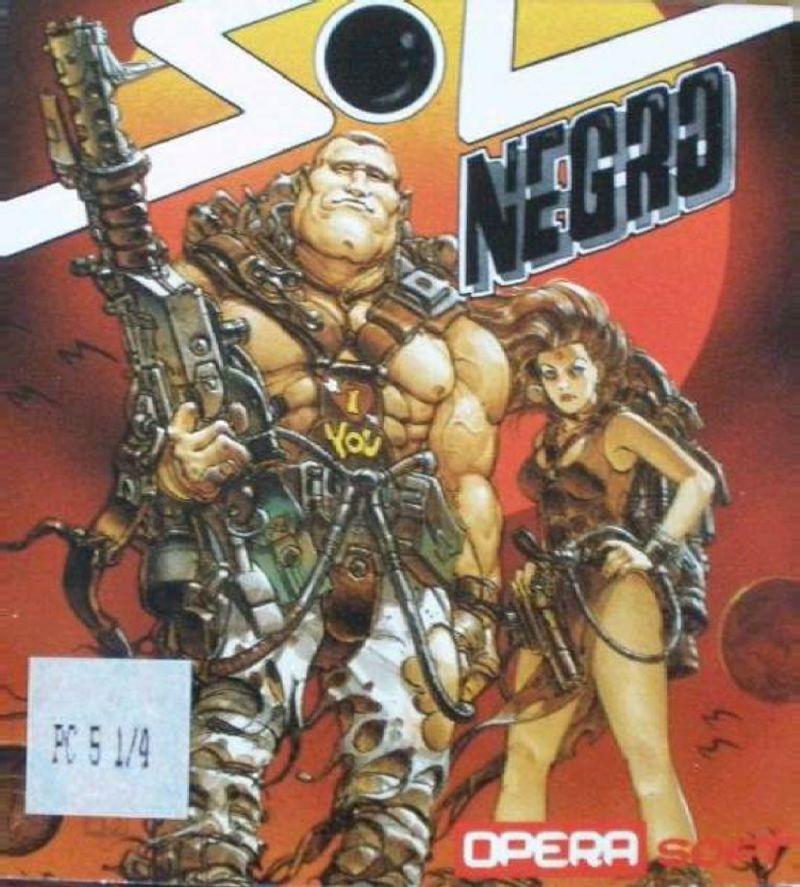 Do you think old video games are boring? Play Sol Negro, it is a Side view perspective game developed by Opera Soft S.A. and released on DOS in 1988. You will then know that you were wrong.

Arcade game in which the developers are so gave vent to his sick imagination that I can only shrug. This game is the brightest example of the "higher nonsense" is elevated to such a high degree that already cease to understand that before you is really nonsense or a misunderstood masterpiece.

There are two young men – bully and Monica. They both have the family curse (or gift) – every full moon to turn into animals, and back to human form. Bully turns into a fish, Monica – the hawk. The peculiarity is that the guys turn into animals in turn: that is, once the full moon of bully the kid turned into a fish, Monica, the hawk was again a girl; so they live until the next full moon, then it is the opposite; if at some point in time, they both animals or people will die.

But (here it starts!) the ruler of Gideon, the underwater city, unknown people, for some reason, wants the death of these guys, so satisfied global solar Eclipse and kidnaps Monica, which at that time was in a state of the hawk, but finds her in the city. Bully now, which is still a man must save her.

In the first part of this arcade we play for the bullies in his human form, which you must find and free Monica-hawk. Have bully has a jetpack and a big gun, with which need to deal with many enemies. Free the girl only if condition for finding the key to the cell in which it is contained. Most of the first episode takes place on the earth's surface, where you have to fight with mind-blowing creatures like toothy jaws or evil mushrooms. After the liberation Monica will be joining us.

The second part of the game – Buli turns into a fish, and Monica becomes a man. The action is already happening under water, our heroes must work together to reach the underwater city and destroy the villains that have plunged our planet into eternal darkness. I must say that Buli in fish pretty helpless, so Monica, armed with a harpoon gun, you'll have to protect him.

The graphics in the game (especially in EGA-mode) is very beautiful, the originality of backgrounds (both terrestrial and underwater) is large enough that somewhere something, perhaps not very clearly drawn, even as it is not paying attention. To sum up, the game is probably still much closer to a masterpiece than to delirium, because it is rarely what the other plunges into the atmosphere of a real adventure, so all fans of side-scrolling epics is highly recommended.