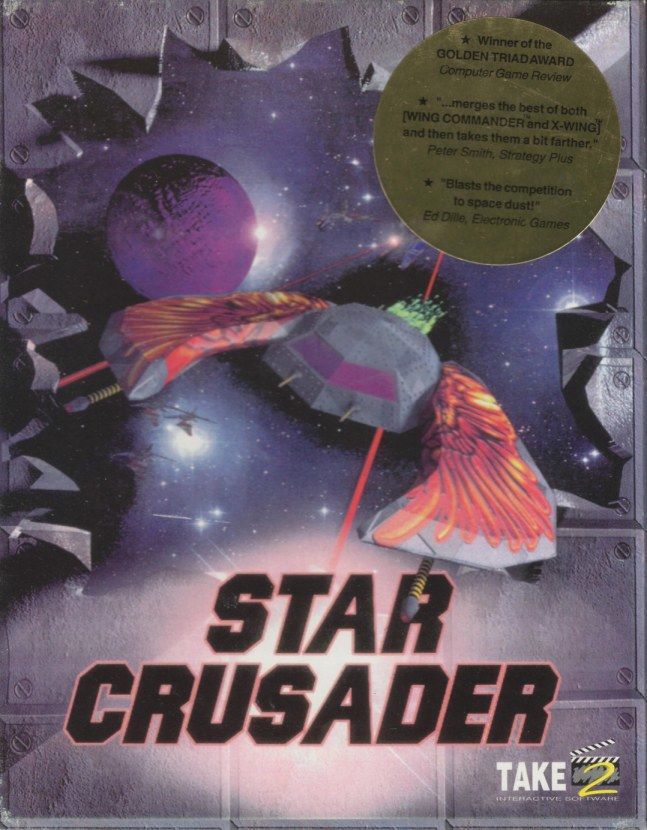 A very interesting DOS game was released by Take-Two Interactive Software, Inc. in the year 1994. The game was called Star Crusader. You can now play it online.

Very beautiful space simulator, the obscurity of which is likely caused by not too user-friendly controls.

The plot is rather difficult to understand: the action takes place in the distant future, the Galaxy is some kind of clan war, we play for one of them and perform a number of some incoherent (and maybe related) tasks. After some time, if successful in missions, we are able to control space fleets (probably still squadrons, though) and choose their own tasks.

The graphics in the game for years release not just good, but great: Star Crusader fully three-dimensional, there are special effects and subtle portrayal of different things, and most importantly – the game has a lot of beautiful inserts (briefings, hangar, etc.). Verdict – the gameplay is nothing unusual, but made great, so that all the fans of the old space simulators, check.

Do you want to relive your memories and play Star Crusader online in your browser? Play it now for free.