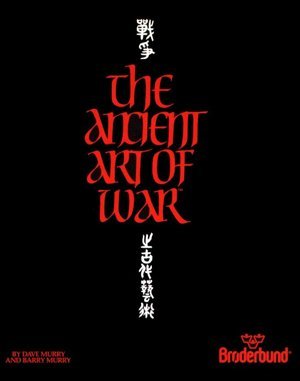 The Ancient Art of War

The Ancient Art of War is a real-time strategy game based on the very basic elements of war: unit types, formation, and strength. The game is set in ancient battle-style times before the use of gun powder, consisting of the three basic unit types of that period: the light armored but fast ‘barbarians’, the heavily armored but slow ‘knights’, and the ranged ‘archers’. A fourth non-combatant unit type is also available: ‘spies’, which is only available under certain campaign rule settings.

The game consists of different scenarios to choose from, each with a different geographical setting, difficulty setting, visibility setting, and victory condition setting. Some settings may be subject to change by the player.

The difficulty levels are represented by eight opponents, which include the Greek goddess of war Athena, a stereotypical Russian-Soviet commander named Crazy Ivan, as well as the historical characters Alexander the Great, Julius Caesar, Genghis Khan, Napoleon, Geronimo, and Sun Tzu as the hardest opponent. Each opponent has a different fighting style of combat and strategy.

The game also comes with a construction set which allows the player to create own campaigns: From the story, rules to the map editor. In this game editor, the player can also tweak troops to the player’s liking, such as default troop formations.

You can play The Ancient Art of War online here, in web browser for free!