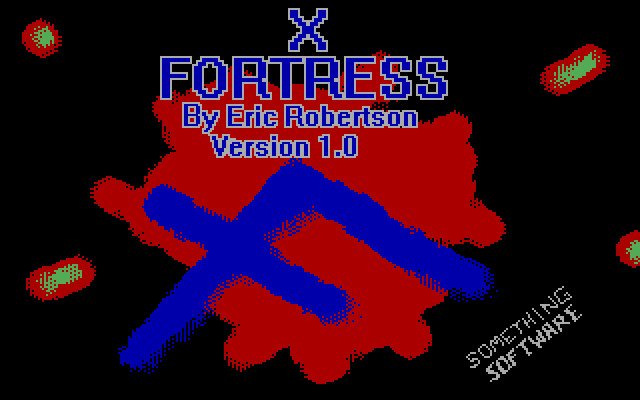 Want to play XFortress published by - online? Just click to play the game.

XFortress, a very unusual and ingenious variant of Tetris and. The playing field is presented in the form of a great circle (which is the fortress), the center of which is located a small circle, consisting of balloon segments. Due to the limit "fortress" we periodically fly a small chain, consisting of the same beads as the Central circle. Flying balls painted green and in contact with the Central circle (which consists of white balls) change the color to blue and freeze. The player's task – to pick up these balls in chains so that no single beam, consisting of the "sticky" balls went beyond the "fortress". How to do it? First, as in Tetris e, in building whole number (in this case – the closure of the circle) balls they disappear (to achieve this, you need to rotate the Central circle with the mouse or the left and right Shift (clockwise and counter-clockwise respectively), the Ctrl key is held down increases the speed of rotation), and secondly, the balls will not appear suddenly on the screen there is a radar showing the direction and the length of the following segments.

The game has three difficulty levels, which differ in speed, number of simultaneous of appearance and length of chain segments. Clear separation of the levels: after you collect a certain number of points, the number next to "level" change to the next in order, and you will be attacked by several long segments of different parties, and begin the next level, slightly more complex.

Overall the game is a very interesting borrowing the idea of classic puzzle gameplay and more than able to give a small amount pleasantly spent time.

Now, play XFortress online for free on your browser and make your boring weekend fun and full of entertainment.

Passengers on the Wind