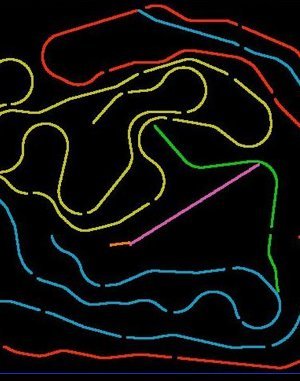 Click here to play Červii online
5.0 /5
Game for many people and many we mean six.

Worms (Červi in Czech) is a game for 2-6 players at hot-seat, were all the players control their worms on the same screen. From the very beginning, each worm is increased in length with same speed in certain direction. By default, player should not collide with other worm bending its increase to the left or to the right. Play Červii online!

However, the gameplay options may be adjusted to allow certain types of collisions. Players may be organized in teams. Different amount of points is assigned to the players based on the type of collision. The winner is a first player who reaches the final score defined before the match start.