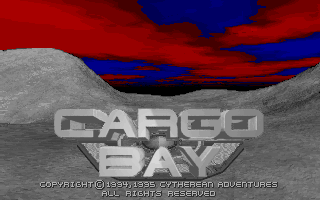 According to many science fiction works, the collision of humanity with representatives of extraterrestrial civilizations invariably leads to xenophobia varying degrees of scope and severity. Such a plot is the basis of the Cargo Bay Deluxe: five warring planets inhabited by different types, decide to put their differences aside and attempt to lay the Foundation for future unity for the benefit of common prosperity - building a space station "Altair-217", which becomes the center of diplomatic negotiations on a variety of contentious issues. This event requires unprecedented security measures, due to the machinations of radical opponents of peaceful coexistence. The player takes the role of head of security tasked with preventing a terrorist attack: the attackers planted the bombs at the residences of different missions, and their explosion will lead not only to victims but also to the breakdown of negotiations and dive back into the chaos of war.

The plot is quite interesting, isn't it? But the fact that the game is not very far removed from the progenitor clone Soko-Ban is a surprise. Yes, the demining process looks like this: we have to navigate the levels-the maze (there are twenty) and push the bomb in a safe place. The cards themselves are small, but experienced oldgamer known that in the case of these puzzles is not an indicator of low complexity. Alas, but in this case it is not: disarm the explosives and save a tremendous amount of living beings of the continuation of total war will not be easy, despite the presence of a time limit.

The visual impact due to the nature of the genre we'll go around the party, noting only that rejection or any inconvenience it causes, but note the music, which is replete with disturbing influences, which isn't really combined with the low complexity of the gameplay

Verdict - not the most interesting clone of Soko-Ban, but spend it on a free evening you can, if anything more attractive on hand was not.

Now, play Cargo Bay Deluxe online for free on your browser and make your boring weekend fun and full of entertainment.