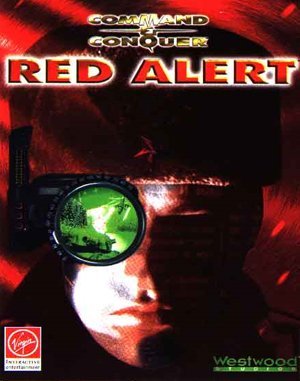 Click here to play Command & Conquer: Red Alert online
4.2 /5
The Red Alert franchise is characterized by the invasion of the United States by the Soviet Union, time travel, and live action cinematics.

The player takes control of either the Allies or the Soviets, as he battles for destiny of the planet.

Gameplay features are similar to those of the previous game, including building a base with some defenses, massing units, harvesting resources, etc. The game has a variety of environments in its missions, adding some indoor missions that use only infantry units.

What if Hitler never existed? Einstein pondered the question and created a time-machine to eliminate Hitler as a young man, thus preventing World War II as history remembers it. However, Einstein stopped one evil only to create another – because Stalin’s Soviet Union is now poised to conquer Europe… and Allies must stop them!

The story of the Red Alert series takes place in an alternate timeline, where Albert Einstein has discovered a way to travel back in time and has erased Adolf Hitler from existence. Unbeknownst to Einstein, this backfires and causes Joseph Stalin and the Soviets to rise to power. This is what the games are based in, with most putting the player in the shoes of an Allied commander, fighting the Soviets.