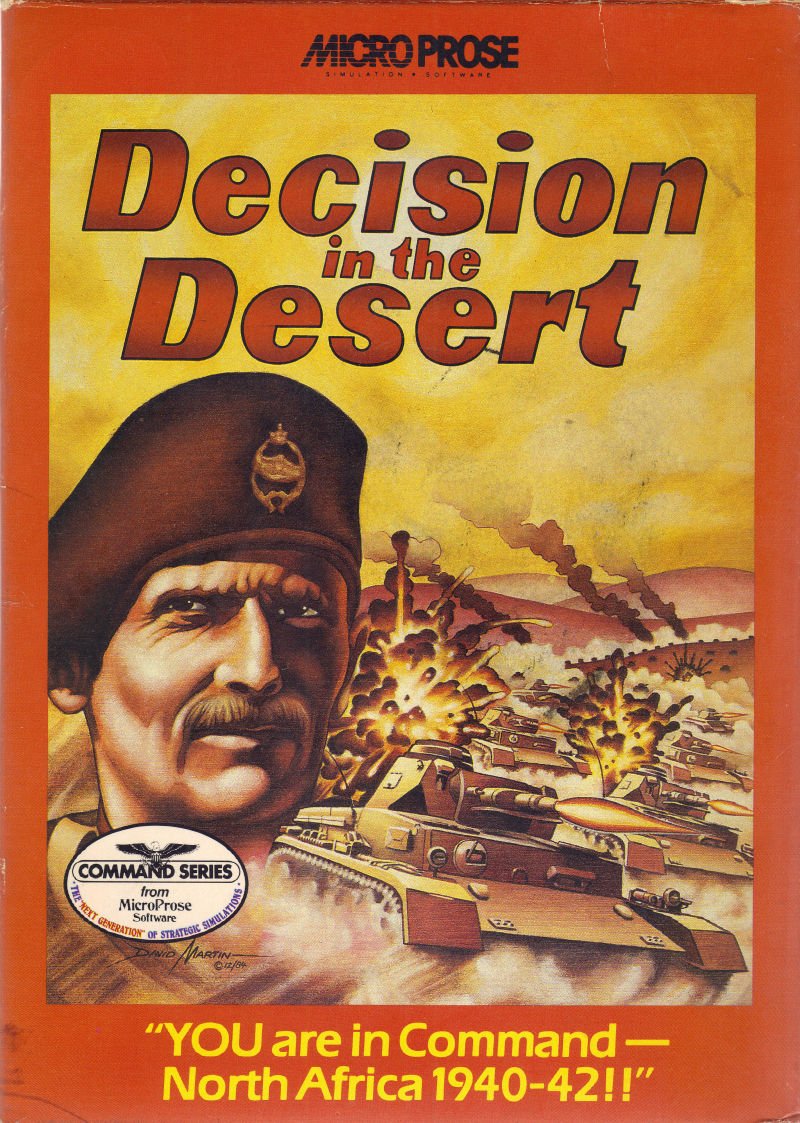 Click here to play Decision in the Desert online
5 /5

There are some video games which you will never forget. Decision in the Desert is one of them. It was launched in 1986, by MicroProse Software, Inc. but still loved by many. Play it online now.

Decision in the Desert description

The second part of a kind of trilogy "Command Series", is incredibly similar to the first – Crusade in Europe – in terms of game mechanics, and therefore needs no detailed description. In fact, you can even say that it's the same game, just in other 'decorations': plains and woods of Europe was replaced by the desert of North Africa, and the action takes place in 1940-1943 years.

Still available, only five scenarios, but each of them is the "historical" and details modelled; you can still play both sides of the conflict and to choose a specific difficulty level and the initial position of the troops; the game still runs in real (!) time, but with an active pause. As for the graphics – here it is at about the same level as in the first part, that is, for its time is quite good. And if the first part you like something like this not less.

Have you ever wondered what kind of video games were played in the good old days? Try playing Decision in the Desert online now and we are sure you will not stop playing again.