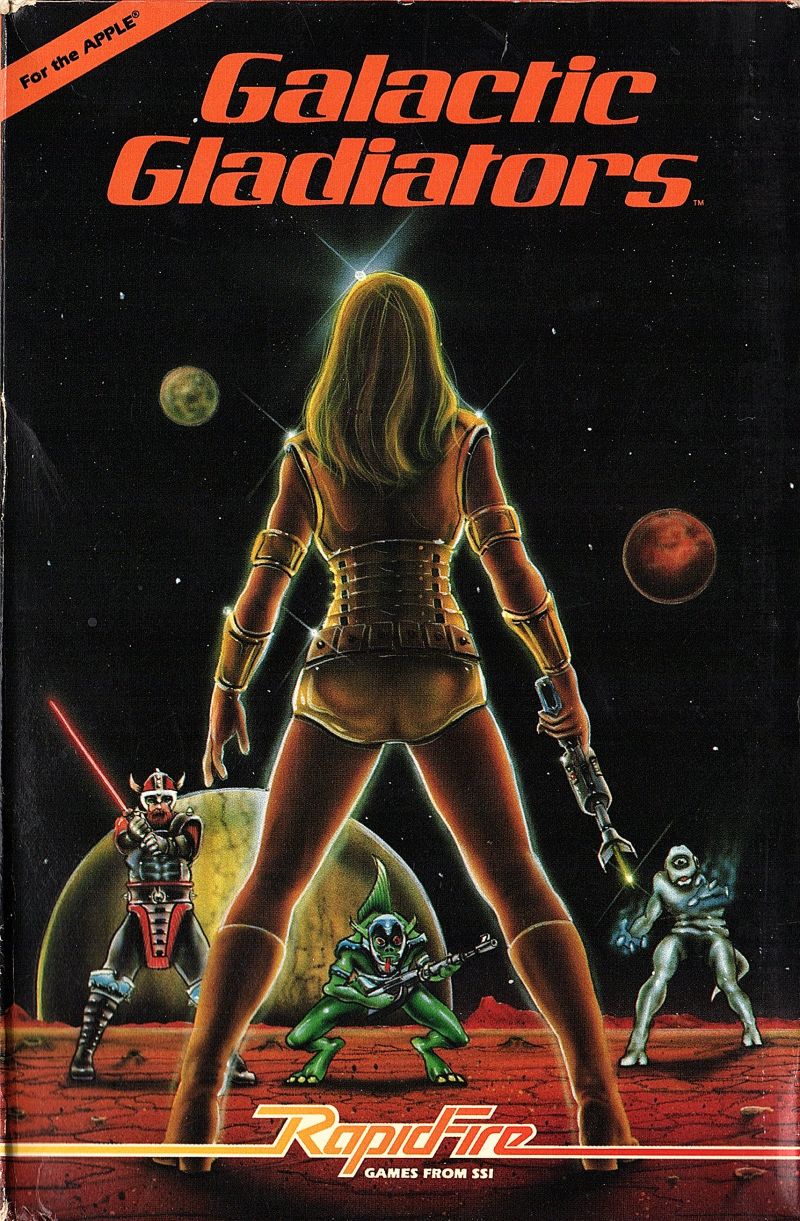 A very old game, which is a mixture of seemingly incompatible directions – war-game and action-Packed sport of survival. Its plot is based on the fact that somewhere on a distant planet several alien races (among which formally there are people) make the "sports events", in which the rate – life participants. All fights take place between creatures as such (i.e. without equipment).

Before you start you have to choose a race to play (and there are quite interesting options – for example, sisnaajini denebians) and race opponents (all of them have laser weapons, bombs, and some special weapons), and then start the fight (part of which will take text messages); if you manage to win you get experience, which will better enable them to play in the following rounds. The game is difficult in the first place not even because of the high enemy AI, but because of the limit of the conventions of graphs, as a consequence, to understand what is happening on the screen, it will be extremely difficult.

But such a Convention graphics, in addition to the development of the imagination, largely kompensiruet next to pleasant things, among which is the ability to create their own maps and even writing (in the game) written narrative background about the fights. Overall – a rather interesting and, most importantly, a really challenging game, although due to her great age to take up her dare certainly not everyone.

Not sure how to pass your time, why not play our classic videogame Galactic Gladiators online? And the best part, it is for free!