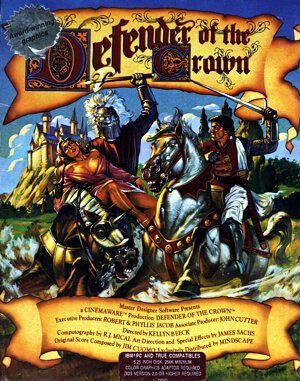 Defender of the Crown

Defender of the Crown game description

Defender of the Crown puts the player in the role of one of four Saxon knights in medieval England, in a time where the land is in turmoil as the King is dead and his crown was stolen. The Saxons and the Normans blame each other and fight for control of England.

After a short introduction by Robin of Locksley himself, the game starts with a single castle and 10 soldiers at your command. From there, you have to build your army, take control of additional territories and fight and defeat the three Norman lords – and sometimes your Saxon friends as well.

In addition to the basic ‘build your army and conquer your opponents’ the game offers several events and options that can be used to fine tune your play style: You may engage in a jousting contest where you have to knock your opponent off his horse, gaining either fame or land, or you can go raid a castle for loot or the hand of a princess, joining your houses and territories.

Play Defender of the Crown online

You can play Defender of the Crown online here, in web browser for free!