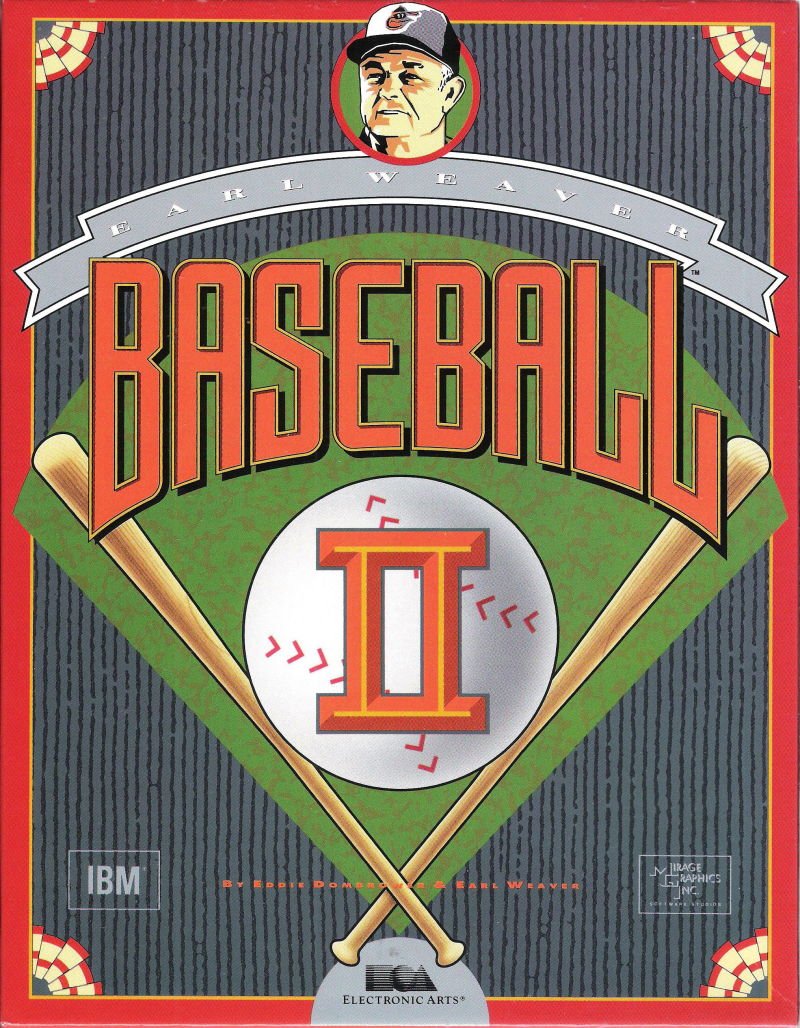 Earl Weaver Baseball II, a top-notch Sports game was developed by Electronic Arts, Inc. in the year 1991. This was a very famous and in-demand DOS game. You can play it online here again.

The second part of the novels, which is considered almost the best baseball simulation of all time.

The second part was far superior to the previous one, although actually it's the same game, just improved to the limits of those years. The improvements relate primarily to the "physics" of the gameplay and leaving her from the arcade (though the first part was just a baseball simulation, not an arcade baseball, and covered all the elements of a real game), and also increase the list of characteristics of the players and in General a variety of statistics. Good or not, but the statistics in the game in various leagues, clubs and individual players (and their coaches) need to be carefully considered in order to choose one or the other match the right tactics. Before the game you can choose one of four difficulty levels, as well as to customize various options of the gameplay, making the game extremely realistic, and almost fantastic. Of course, you can play a game together.

Also dramatically improved graphics (when the game came out, unlike the first part, only DOS): now the players and what is happening - almost in full 3D, albeit hand-drawn, rendering quality players, backgrounds and animation movements – just at the height of the match viewed with different perspectives of the review depending on the situation. So if there are fans of baseball, and have modeled, then this game is for them, perhaps not the best choice.