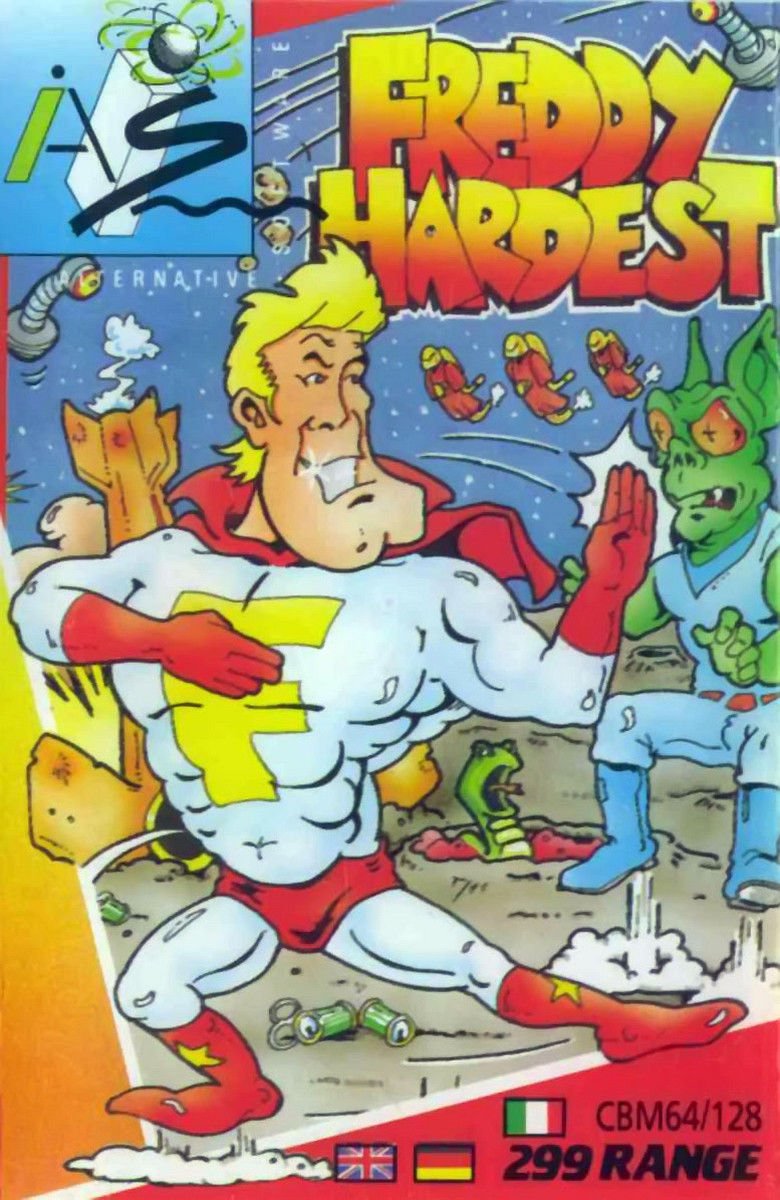 A DOS game was developed by Imagine Software and then released by Dinamic Software in 1987, the game was called Freddy Hardest. Now you can relive the memories by playing it online here.

Vintage arcade with the anti-hero in the lead role.

Alas, but otherwise Freddy Hardest'and not call. "The main playboy of the Galaxy", this rich, a rake and a wastrel very distant future did not know restraint in vices – drinking, debauched parties and other things like that. And here once, being very much exhilarated after another drinking bout, he not realizing it, sat behind the wheel of a personal space ship and went to the "voyage" around the Galaxy (probably in the future it's like to go sailing around their island).

But he was not lucky – he was in a severe meteor storm, which took him very far from known space and "spit" on the surface of the planet Ternate, inhabited by hostile green long-eared creatures, so similar to the gremlins. And now he will have long forgotten about all the pleasures of life – delicious cocktails with alcohol, a comfortable daybed under the gentle sun, going out with girls and to prove to himself that he's a real man, not a "daddy's boy". For calgary, the inhabitants of the planet, tuned to our "hero" is not friendly, and almost immediately upon arrival will have to defend their right to life...

About the gameplay not much to say: if you've played almost any old platformer, you'll know what to do. This game attracts not gameplay, not graphics (which many considered outdated for the year of release), namely the incredible atmosphere of black humor. Because the resilient Freddie is not worried about his position and, armed with a Blaster, not forgetting to correct the blond tuft and Hollywood smile, makes the ranks of the aliens one by one, not forgetting to let go of all kinds of jokes...

Of course, the glory of Duke Nukem, the game is not won, but still considered to be classics of the genre.

Have you ever wondered what kind of video games were played in the good old days? Try playing Freddy Hardest online now and we are sure you will not stop playing again.