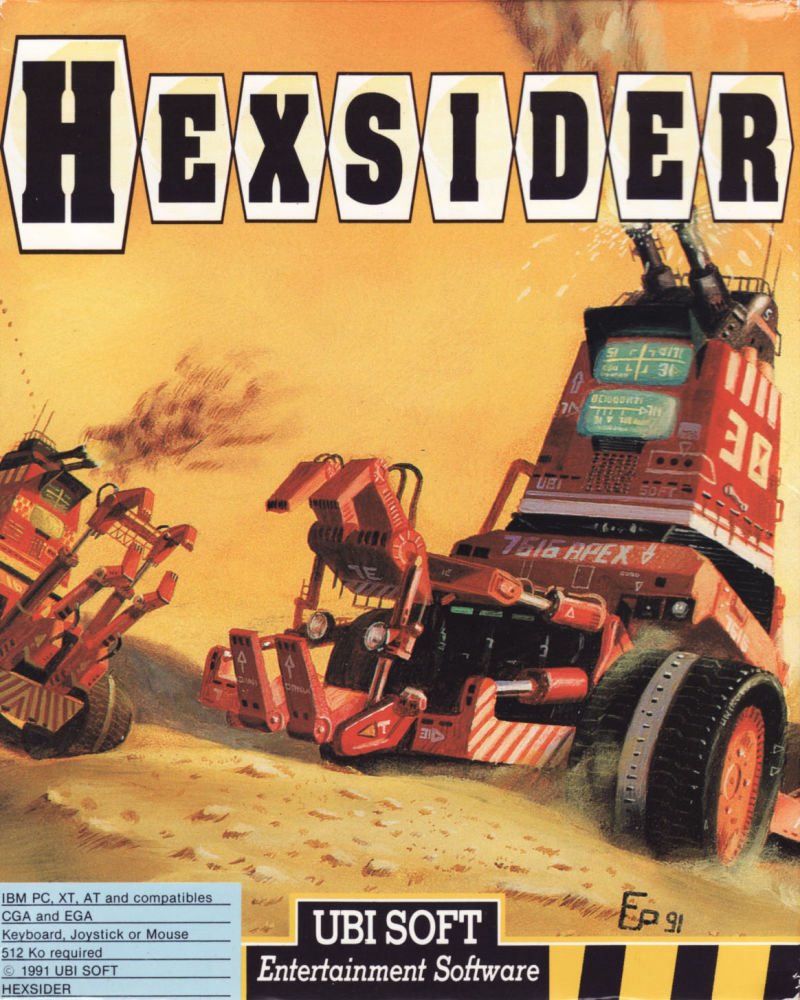 Ubisoft Entertainment SA released a DOS game named Hexsider in the year 1990. If you are interested in playing this Stealth online, then click here.

One of the most rare today DOS games at the time deleted at the request of the publisher, with almost all sites and until recently, considered lost forever. Its action takes place in a gloomy futuristic world of the XXI century, where the erudite (but not humanoid) robots Hexsider'you perform in person all the hard work. However, the result of a defect, a small group of robots rises up, destroying the main computer of the security forces, thereby disabling the force field and deactivating most of the robots, which people can no longer order. Under the control of mankind is only a group of six loyal Hexsider's, radio controlled, whose main task – to destroy the same defective module, which caused the development of robot rebels and manages.

This game is brutally difficult, because it is some kind of wild mix of "software" games, chess and anything else that makes Hexsider unique thing of its kind. First, the action takes place in a real maze, which is easy to get lost (map, true, there, but helps a little). Secondly, the game makes you think in "three dimensions". There is a huge number of modules that make up robots and that they can be transferred for use with a purpose, but there are many different doors, magnets and other items and areas that need to interact, and in different ways. Therefore, it is necessary to understand that big robot will not work in narrow and low door. The game not only possible but also need to be set to an isometric 3D, which will allow you to better assess your current situation; however, to move in this mode will be impossible.

The graphics in the game are quite unusual – no, she is very beautiful, but too "cubic" (or rather not – have to see), so it is sometimes difficult to understand what is happening on the screen. And, as has been said, the highest level of difficulty throughout the game, all increases and increases, makes it available only for a very serious development and only really into very complex games people. But if you are like puzzles – then this game will be absolutely magnificent gift.

Have you ever wondered what kind of video games were played in the good old days? Try playing Hexsider online now and we are sure you will not stop playing again.