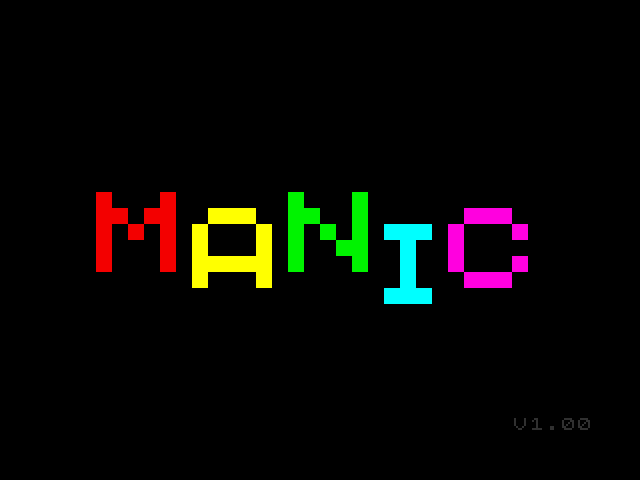 A DOS game was developed by - and then released by Alchemist Research in 1997, the game was called Manic Miner. Now you can relive the memories by playing it online here.

An unofficial port of the iconic arcade multi-platform game, created in 1997 (the Windows port was released almost a year later). Graphics, unfortunately, much "complicated" compared to the original, but it still fits oldhamers standards - although the design of the enemies were changed, and it's frustrating.

To describe so well known a thing is hardly necessary. To play for the enterprising miner Willy, who discovered a network of caves with lots of treasures, but also monsters. His task is to go through screen after screen with limited air (read: time) and collect keys to advance to the next screen via a sort of teleport. The enemies are different in appearance, and fight with them, not only to avoid and evade; fortunately, they are moving on a strict trajectory and inclination to pursue the protagonist does not have. Prospect review - side view; have the ability to jump, but the game is implemented in such a way that sometimes is not clear, we jumped or stepped aside; during the jump the character continues moving her legs. In addition to the enemies on the screens are usually small, there is a wide range of traps - from crumbling under the feet of platforms to certain objects, contact with which (as with enemies) leads to instant death.

Ideally, of course, it is advisable to play it in the original version of Manic Miner for example, spectrum. But as they say, thanks for at least here's a DOS port...