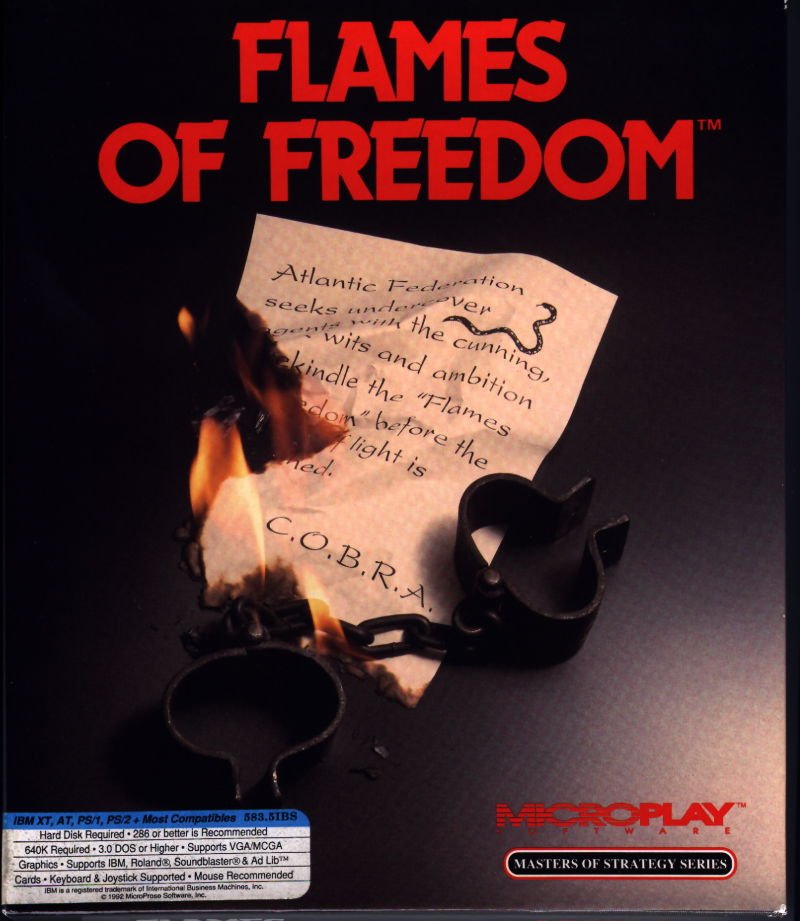 Do you think old video games are boring? Play Midwinter II: Flames of Freedom, it is a 1st-person perspective game developed by Kixx XL and released on DOS in 1992. You will then know that you were wrong.

The sequel Midwinter, not so big, but, in my opinion, much more playable and interesting, because here at least all (or almost all) clear from the outset.

Years have passed since the events of the first part, the snow that once covered almost the whole planet began to melt, but there is another problem – the continents gradually break up into small Islands and go under water... the Main forces in the political arena now are the Peaceful Atlantic Federation, a kind of "Paradise on Earth", preaching humanistic values, and the terrible Saharan Empire in Africa, where slave trade and only dream about the capture of the fertile lands of the Islands of the Atlantic. And between these two States is the so-called Slave island – colony of the Saharan Empire, due to which it is, in General, and lives.

You play as a secret agent of the Atlantic Federation, which is tasked to secretly infiltrate on Slave Island and to conduct subversive activities among the local population, in order to induce him to revolt against the African oppressors.

Again, we should highlight only the main points. So, what have we lost – so it's assistants. Forget about the squad of 32 people – now you do all their deeds alone. In addition, the game modes are fewer and the game is not so varied.

But it is still possible to travel by Land and by air, and even (it is innovation) under water! The vehicle, maybe now more than trivial (for example, to travel by air used helicopters and balloons), but the fights became more and manage them easier. The story itself has become more dynamic, some more "spy" and even with elements of humor, albeit black, impossible to watch without laughing at the scene when the main character catches the police of the Saharan Empire (why – see for yourself). But the strategic map, which we will now determine the position of the key for us at the moment, the Islands remained, and continues to play a very important role.

Oddly enough, but the second part much more freedom: no wonder it's still a word in the title of the game. Yes, the game world is much smaller, and features a lot less, but we're unable to choose a specific mission and thoroughly prepare for: from the equipment and ending the main objectives.

In General, you can talk for a long time. One thing is clear – this is a great continuation of an excellent game, not very similar and in many ways this is wonderful, not so epic, but more "friendly" towards the player. Recommended to all lovers of multanomah non-trivial games.

Want to play Midwinter II: Flames of Freedom online now, play it on your browser here.

The Godfather: The Action Game