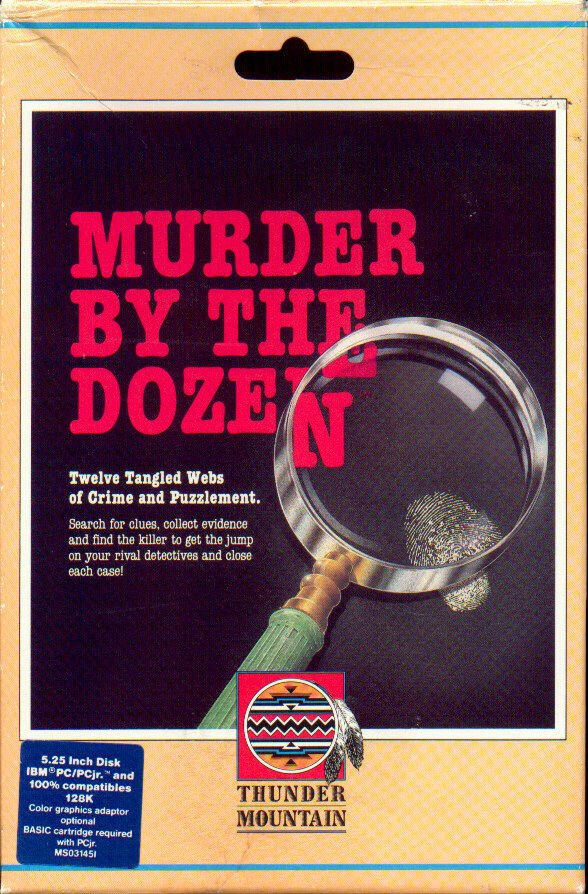 Interested in playing Mystery Master: Murder by the Dozen published by CBS Software in the year 1983? You can play this Text-based / Spreadsheet perspective game online by clicking on the link.

A kind of "Board game" in which you speak, despite the name, the role is not a mystic, a talented detective, helping the police of the city of Micropolis unravel the most complex crimes. This game requires disclosure of the twelve murders, and every thing to unravel in a limited amount of time. However, movement between locations in the game, and other actions to increase available time.

Gameplay – the collection of evidence, interviews with suspects and witnesses, study police records and data from laboratory reports. The game has developed, but very complex hint system, which is also based on the need to have the user manual (issued by a computer using numbers that have to look). You can play alone or with three other players competing among themselves who will solve the case (not forgetting about the existing time limit in General).

The competition, judging by the descriptions, is this: everyone makes progress, building on the achievements of others (if they were) and getting a clue and finding the right information, at any time, may declare that the case is solved, and present others your option. If he is right – it wins, and then players move on to the next thing. If wrong – then out of the game, while others continue the unraveling of the case.

The game has two versions – a textual and graphical (CGA), but graphics, even in the second very little, almost everything in the game, presented in the form of a large amount of text and options, and all this will be examined closely. One word – though the game can be considered to be intended for entertainment, but still only suitable for lovers of really complicated intellectual computer game.