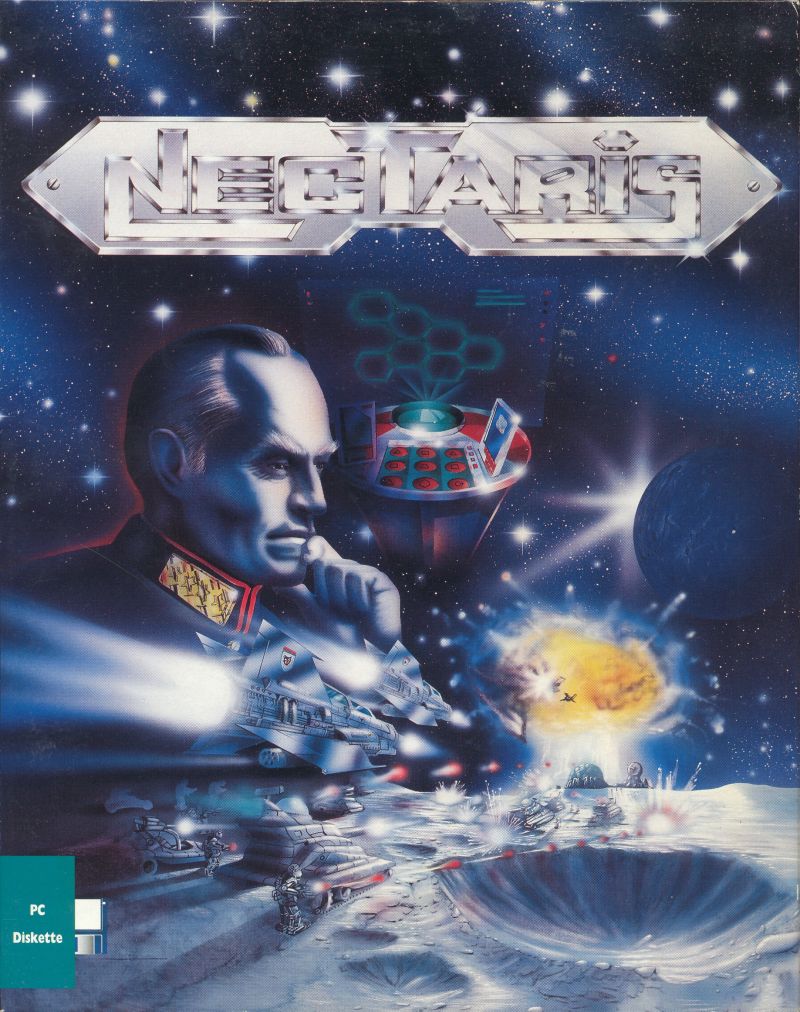 Do you want to relive your good old memories? Play Nectaris again, it’s a perfect DOS game launched in 1995 and a must-play for all video game lovers.

In 1989 on the PC Engine/TurboGrafx-16 came out great step-by-step strategy Nectaris. Later there were many ports and remakes on other consoles, but the owners of personal computers could not enjoy this game. This injustice has decided to change the European subsidiary of Hadson Soft. However, the Germans did not simply port the console version (as in 1997 did the Japanese do) - they have created almost a new game. The changes were almost all in the first story. The scene with the moon was transferred to the satellite Triton. The word itself no longer means Nectaris Sea of Nectar - the area on the moon, where is located the launcher Empire Gitchi; now it is the name of the armed forces opposing the Empire (just Empire). In addition to campaign on the Triton, there were two, on the planets Romulus and the Pacific, and a huge number of new troops, mostly naval and air, due to the fact that the new campaign (mission on Triton is similar to any on the moon) are mainly in the archipelagos. Also increased the number of the opposing sides: now it can be up to four on one map, which in turn influenced the emergence of multiplayer maps, where you can converge in battle, only people. Not left without attention of developers and graphics were completely redrawn all the units, although they retained a similarity to the original, but have become more of a cartoon; in addition, the developers redrew the backgrounds, interface, screen savers, etc. Almost has not undergone changes the combat system - except that the random factor was a stronger influence on the outcome of the battle, however, the opportunity to enroll at any time eliminates this factor.

In the end, you have, on the one hand, the same Netacris, and on the other a new game with improved graphics and lots of variety. So even if you played the original, then Romulus and Pacifica will once again let you enjoy your favorite game.

Enjoy playing Nectaris online, it can be played on your browser and is free.