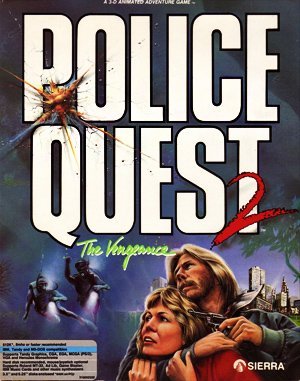 Click here to play Police Quest 2: The Vengeance online
4.0 /5
The second game released in the Police Quest franchise. It follows the adventures of Sonny Bonds after his recent promotion to the Homicide squad in the fictional town of Lytton, California in 1988. 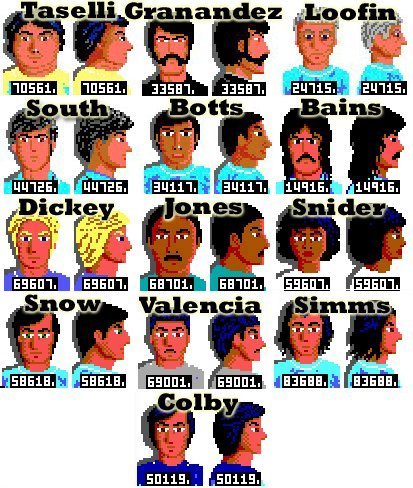 Little time has passed since the events of Police Quest, when Sonny Bonds climbed the ranks of the Lytton police department and became the key element in the arrest of Jesse Bains, the notorious drug lord. After the trial, Sonny’s application to the Homicide division was accepted and proposed to Marie, who had her prostitution charges dropped and started a new life away from the streets. Life was good – until Bains escaped, taking advantage of a low-security prison and an inexperienced correctional officer. Sonny is now in danger from a vengeful Bains and is saddled with his new chain-smoker partner Keith. Sonny goes to the field again to capture Bains, but things are about to get awfully personal…

Using Sierra’s new SCI engine, the graphics are more vibrant than in the first game, but gameplay remains basically the same, with the player ordering Sonny to move to a place in the scene (either using the directional keys or the new mouse interface) and a parser interface to interact with the game world. Game sequences are more varied, and include a shooting range, an underwater search or searching the inside of an escape vehicle. The driving sequences are gone, and the player can relax while reading the chatter between Sonny and Keith as they move from location to location. The approach to the game, however, is radically different. While the first (for a large part) is based on street police work, this sequel is oriented into forensics field work such as collecting evidences that link Bains into the happenings of the game.

You can play Police Quest 2: The Vengeance online here, in web browser for free!

Conquests of Camelot: The Search for the Grail