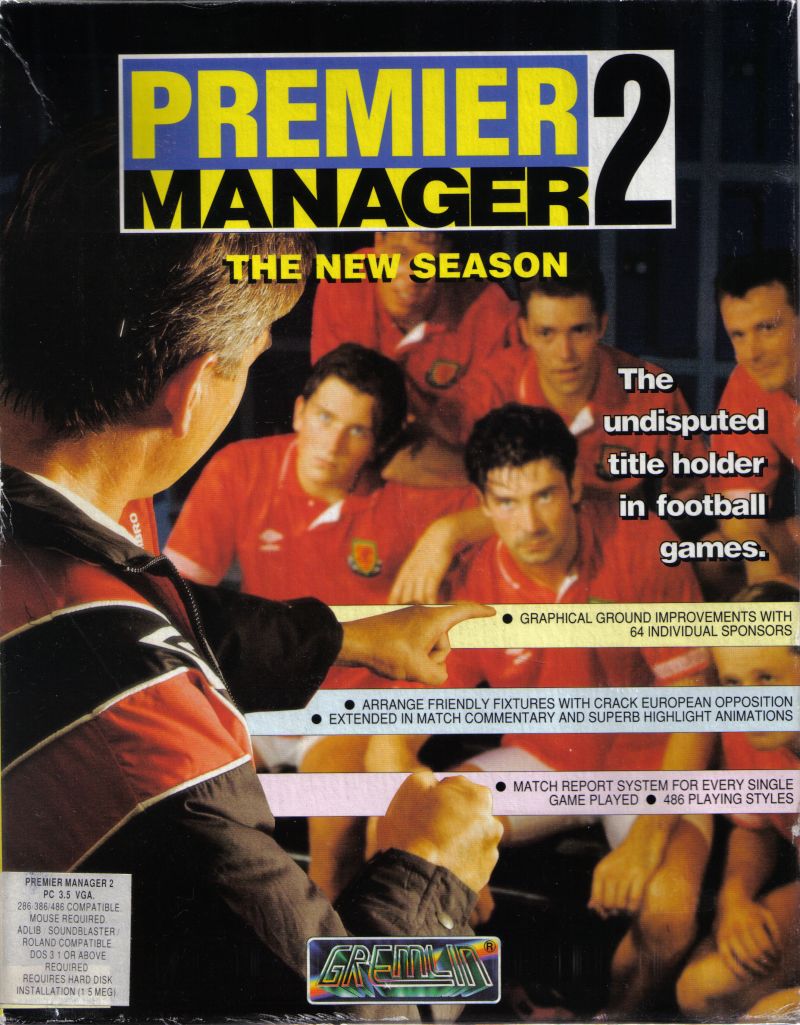 Developed by Gremlin Graphics Software Limited in 1993, Premier Manager 2 is a perfect Simulation game which ruled the arcade for several years. You can now play it online here.

The second part of a once famous series of football management simulation, very similar to the first and, perhaps, even more rare. Again, like last time, the player will have to start working with the team from the fifth League to eventually or bring it to victory in the Premier League, or to bring to a level that his talent drew the attention of the owners of the more advanced clubs and offered to work with them for a much higher salary.

I would even say that this is the same first part, only with much more "powerful" level of detail. For example, it substantially increased the coaching element, you now not just can assist with training and choose the tactical scheme (which as many as eighteen!), but doing, say, "the sub", that is, concrete solutions to players in defence, midfield and attack before each match (including taking into account the power of the opponent). These "parts" very much, and coupled with said main tactical formations before the player here is simple unprecedented scope for managerial creativity.

Also extended the managerial part: of course, its core is still an active search of new players and transfers with other clubs, but now have a place to be able to become a very "hot" bidding for and interested in you, and rival clubs to the player, and rather complex procedure of conclusion of contracts with players at specific periods. It is clear that it has not gone away and sponsors, which is also necessary to conclude agreements and also you can bargain, but now you have to employ auxiliary administrative staff (e.g., assistant coaches) and to organize the treatment of injured players. And, of course, one of the "chips" of the previous section – manage the development of their own stadium – is not only not disappeared, but sparkle with new colors (literally as well).

The graphics in the game are. The games we continue to show a very "rudimentary", only the most important points (goals etc) in a small window, but now has the opportunity to contemplate your stadium (at least partially) and to see the fruits of their labors to improve it. All kinds of plates and lists, as before, beautifully decorated, bright, comfortable, so the decision is obvious – a beautiful and very valuable old football Manager play which is definitely worth it to all fans of this subgenre and especially those who liked the first part.

Tired of your same old routine, want to add some entertainment and fun element in hour life? Play one of the best videogame Premier Manager 2 online now and change your boring oold routine for good.