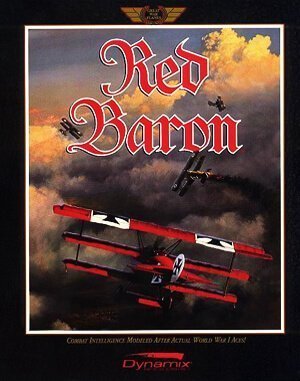 Click here to play Red Baron online
4.6 /5
Defeat the legend of the First World War in Air Force - the Red Baron himself!

Red Baron is a combat flight simulator video DOS game for the PC, created by Damon Slye at Dynamix and published by Sierra Entertainment. It was released in 1990. Play Red Baron online here!

Red Baron puts you in the pilot’s seat of actual World War I fighter aircraft. This game features 28 different aircraft from both the Allied and the German sides presented in actual 3D graphics.

Start a career as a pilot and rise through the ranks to become the most feared ace in the skies, or participate in a variety of single missions including simple fighter sweeps, balloon-busting, zeppelin hunting, or take on an actual WWI ace in one-on-one combat. If you’re good enough, you may even be able to take on the infamous Manfred von Richthofen, the Red Baron himself.

There are several types of missions in the game: dogfight; scramble; patrol; balloon busting/protection; reconnaissance escort; and bomber escort/interception; and Zeppelin hunt. There were also recreations of historical missions. The majority of the missions are carried out with one to three wingmen for the player, although the player may choose to fly missions solo if appointed as the flight leader.

You can play Red Baron online in web browser, for free! 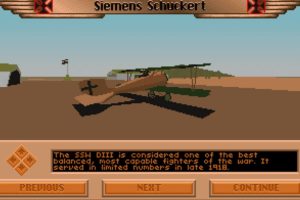 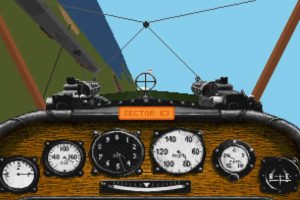