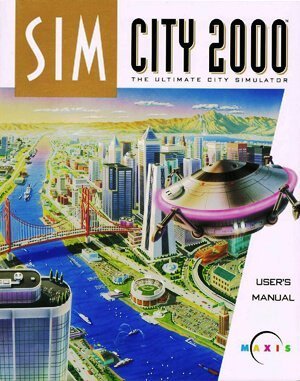 Click here to play SimCity 2000 online
4.7 /5
SimCity 2000 marked a major shift in gameplay from the original SimCity, the basic structure set forth in this seminal version has defined subsequent releases. The old overhead view was replaced with an isometric view. Land could be different elevations, and an underground view was added for the laying of pipes and subways. Also, an abandoned building would have a different graphic.

SimCity 2000 is a MS-DOS city-building simulation video game and the second installment in the SimCity series. Play SimCity 2000 online!

The unexpected and enduring success of the original SimCity, combined with the relative lack of success with other “Sim” titles, finally motivated the development of a sequel. SimCity 2000 was a major extension of the concept. It now has a near-isometric dimetric view (similar to the earlier Maxis-published A-Train)[3] instead of overhead, land could have different elevations, and underground layers were introduced for water pipes and subways.

New types of facilities include prisons, schools, libraries, museums, marinas, hospitals and arcologies. Players can build highways, roads, bus depots, railway tracks, subways, train depots and zone land for seaports and airports. There are a total of nine varieties of power plants in SimCity 2000, including coal, oil, natural gas, nuclear, wind turbines, hydroelectric dams (which can only be placed on waterfall tiles), solar and the futuristic fusion power and satellite microwave plant. Most types of power plants have a limited life span and must be rebuilt periodically. Players can build highways to neighboring cities to increase trade and the population.

The budget and finance controls are also much more elaborate—tax rates can be set individually for residential, commercial and industrial zones. Enacting city ordinances and connecting to neighboring cities became possible. The budget controls are very important in running the city effectively.

You can play SimCity 2000 online here, in web browser, for free!