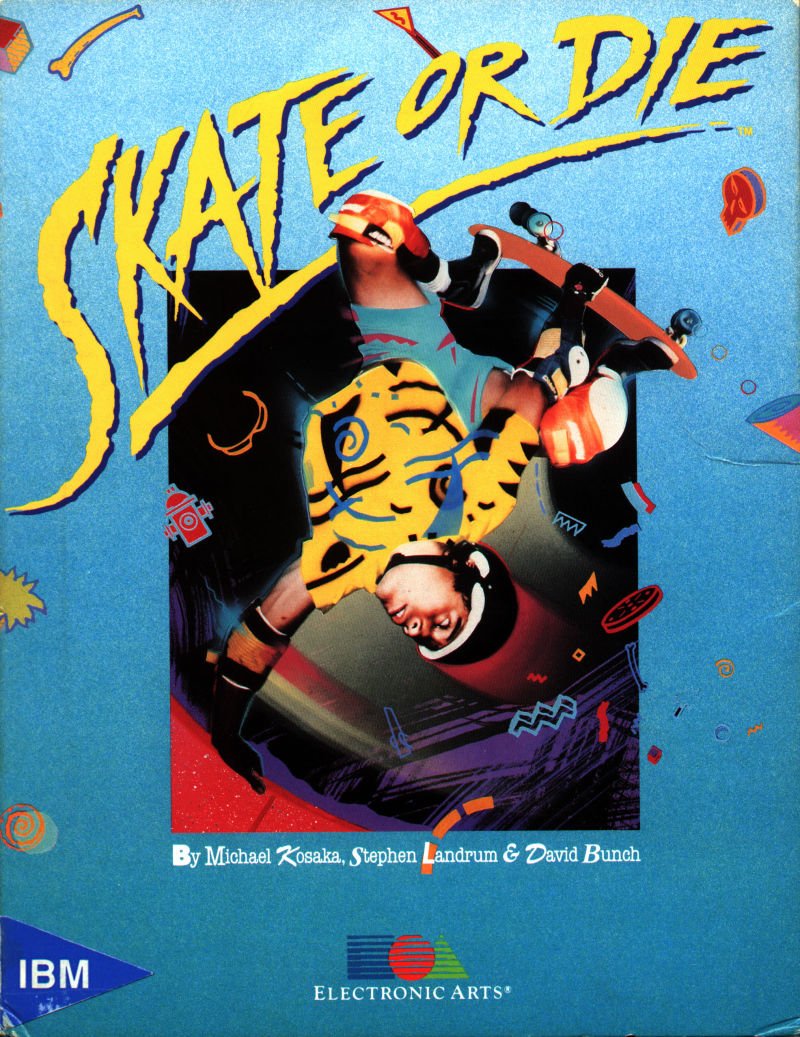 Do you want to relive your good old memories? Play Skate or Die again, it’s a perfect DOS game launched in 1988 and a must-play for all video game lovers.

The great and legendary collection of skate-entertainment - simply The Best Skate Game on PC until the porting of the series about Tony Hawk.

So we -- beginner skater who wants to make a name in competitive circles. This will help us the skill, ingenuity and true Board... And the owner of the main skate shop in the area named Rodney, along with his krizovym hair.

Structurally, the game to the pain in the liver similar to California Games: Skate Edition of the five nominations, we can practice each in its sole discretion, and then to join the tournament.

As a sport we enjoy:
* Joust, "Joust". In an empty pool run two skaters, there will be only one of them.
* Race, "The Race". Two skaters go racing through the alleys and the gate of the City - the opportunity to a crap opponent, knocking him under the wheels of the trash cans and the like, only podavlyaet excitement.
* Downhill Jam, "downhill". There is only you and the track, laid downhill. The lower, the faster-and more difficult to Dodge obstacles.
* Highjump, "high Jump". Skate is not the easiest task to set a world record on jump height...
* Freestyle, "Freestyle". Relatively simple, but incredibly addictive challenge for Vert-tricks in the halfpipe.

And as free chips - the ability to choose the color of the Board and play against a human.

Summary. Game-legend, widely known not only in narrow circles. For those who wanted to know if the skate to Tony Hawk. And for those who want a little bit extreme, fit on the floppy.

Not sure how to pass your time, why not play our classic videogame Skate or Die online? And the best part, it is for free!