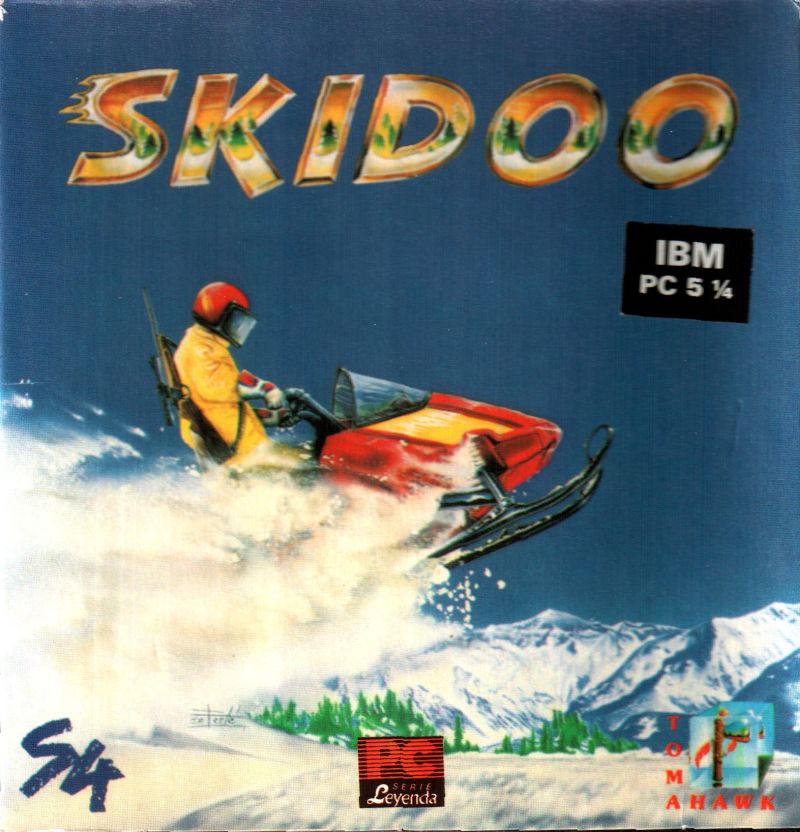 Do you think old video games are boring? Play Skidoo, it is a 1st-person perspective game developed by Tomahawk and released on DOS in 1989. You will then know that you were wrong.

By far one of the most unusual races in the history of the genre.

The action takes place in North-Eastern Canada. There gathered the most desperate people of the North to take part in difficult races on snowmobiles in extreme conditions. The conditions are not because we control the snowmobile, but because the race will last a very long time, and it means that we alone will have to produce their own food (hunting wild animals) and to find an acceptable place to sleep. Participants a total of ten, the trail passes through twenty-five towns where you normally rest and stock up on necessary things (which does not preclude the need for the above steps in the desert).

The game during the race from a third person in the back, while hunting on animals first. To operate a snowmobile not so difficult, you can adjust the speed (increase or decrease) and turn the car. You also need to follow the feeling of fullness and the degree of cold sensation in your mind (sometimes you need to stop and get warm, if possible). Note that the game has even the change of day and night (!), and at night, as you know, colder.

All this is done in very beautiful and bright graphics, which only increases interest in the original game. The highest score the game is still not received, but closely approaches him. It is recommended that at least the instructions oldgamer – this was never done.

PS: the Game ported to Amiga computers. The DOS version of the game is a terrible rarity, which until recently was not even considered lost and non-existent (see well-known site). However, the game in front of you.

Relive your old memories by playing Skidoo free and online on your browser now.

Freedom: Rebels in the Darkness