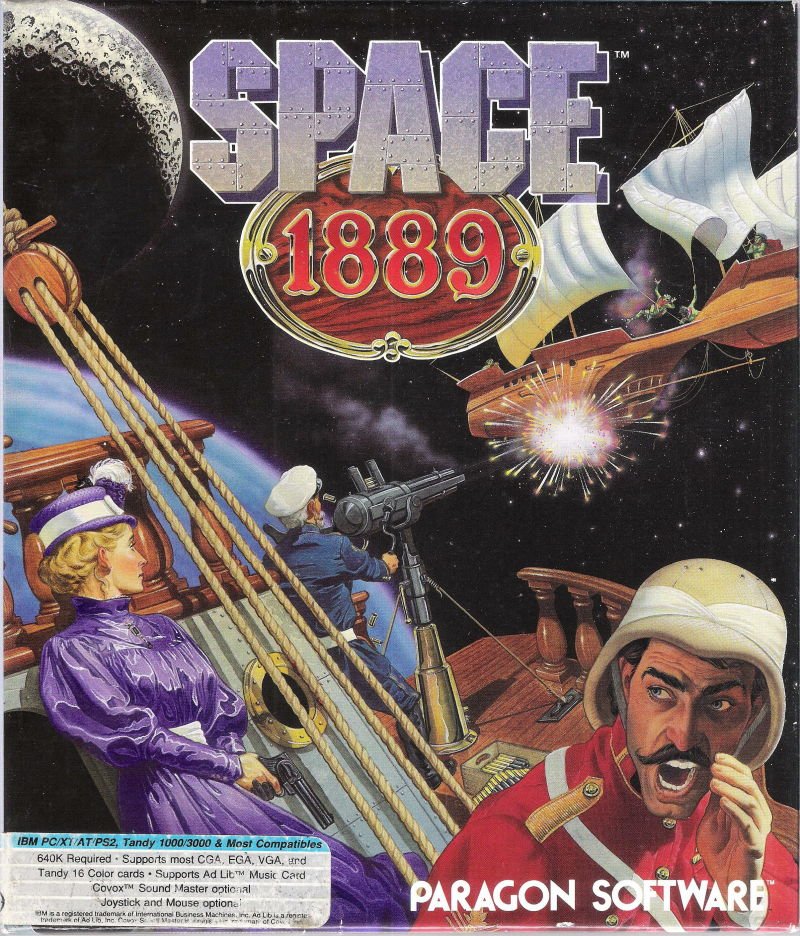 In 1990, a DOS game was released by Paragon Software Corporation. The game was called Space 1889 and belongs to Role-Playing (RPG) genre. Play it online by clicking here.

RPG (!) based on the novel of Jules Verne "From the earth to the moon".

"Explanation" in any case is not equal to "on": this is not igroizatsiya classics, it is rather necrofantasia, inspired by the mentioned work, and in fact the only old steampunk RPG: there's even a rather complex background, which Thomas Edison invented a time machine, and as the NPC is Jules Verne (!) and even Rasputin (!!!). Your hero – an Englishman second half of the nineteenth century, traveling the world and falling in a variety of interesting stories, each of which is not worse than the separate adventure novel.

Since this is an RPG, then we start with what has had to get used to: in character generation. You can choose his face (it should be noted that the portraits in the game are extremely unusual and wonderful) and distributed numerical characteristics – also pretty standard (strength, intelligence, dexterity, stamina, charisma, and so on), each characteristic is directly related to a group of skills that will help our hero in his adventures. Of course, alone they will not be solved even so brave as he, so soon we'll have a full party of adventurers.

There will be battles with enemies and puzzles, but most important is the development of the plot (relatively free, by the way) and the atmosphere of the adventure "in the old traditions". Among the places we will visit will be such Exotica as the tomb of Tutankhamen, Atlantis and even Mars. A real return to youth, in one word!

The graphics are good, but it's old RPGs, you know... the Screen is limited by the rectangle in the right side of the main screen, where the term "top view" shown the room where the characters are now, all the rest of the space is rather cumbersome interface. But playing it does not prevent, quite the contrary. Most of the chart is to say that although the definition of drawing small details here, but by themselves, the interiors very cool. The verdict – unique roleplay, if not brilliant, that's exactly the pearl of the old gamedev that is recommended to all fans of the genre and closer to the higher estimate.

Enjoy playing Space 1889 online, it can be played on your browser and is free.