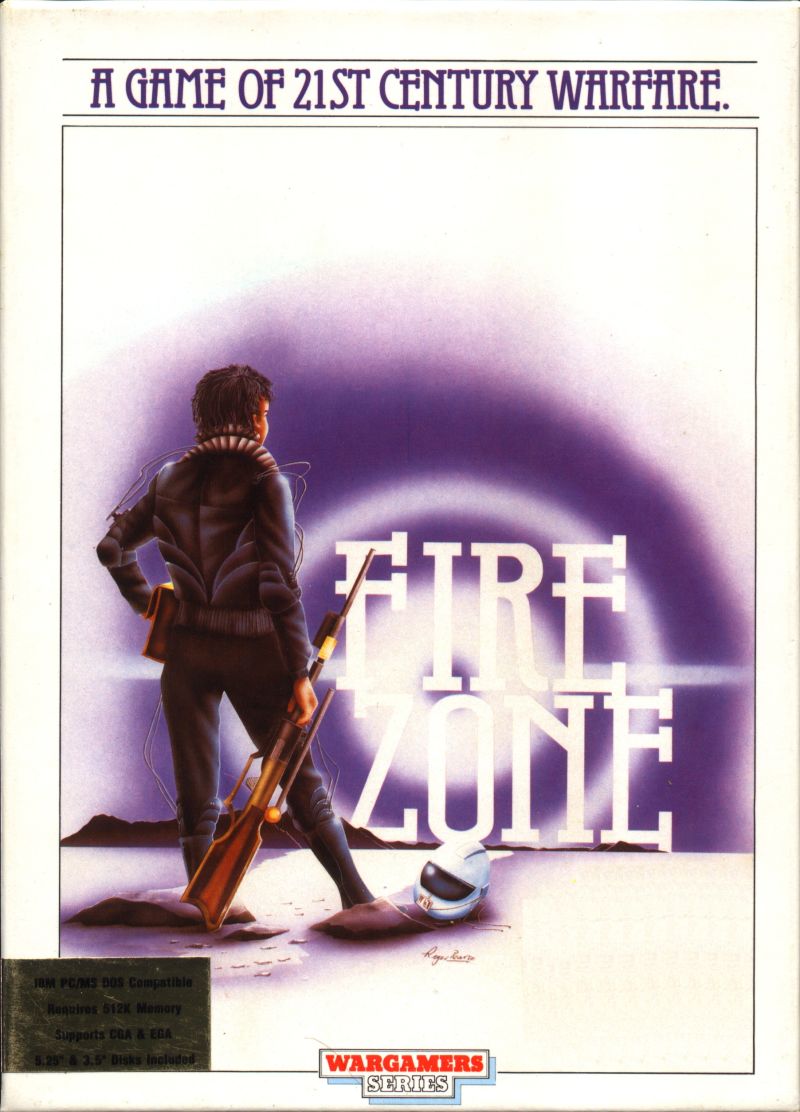 Fire Zone is a Strategy/Tactics game released by Arcadia in 1988. It is an interesting DOS game and a must play for all old videogame lovers.

Virtually unknown a wargame psevdomatematicheskoe and pretty simple. There are two sides to the conflict – "the League" and "United Forces", but in what time the action occurs, what is the background of the conflict – nothing is known.

A big part of the game dedicated to turn-based battles, the production units available, but simplified, and the battles themselves; types of units are few, the most powerful tanks are "Leviathan" and is often the result of the game boils down to one of these tanks anymore. All the battles take place fully automatically, the computer simply compares the "potential" of attack and defence both sides, so tactical thinking here practically is not used. Characteristics from unit to unit very little. The only thing that though as-that can diversify the game - rare influence of terrain on the outcome of the battle. But graphically it looks incredibly better than most similar games.

Verdict – this time without a recommendation. The game is in any case can not be called bad, but it will be interesting, probably only to collectors any old strategies.

Now, play Fire Zone online for free on your browser and make your boring weekend fun and full of entertainment.