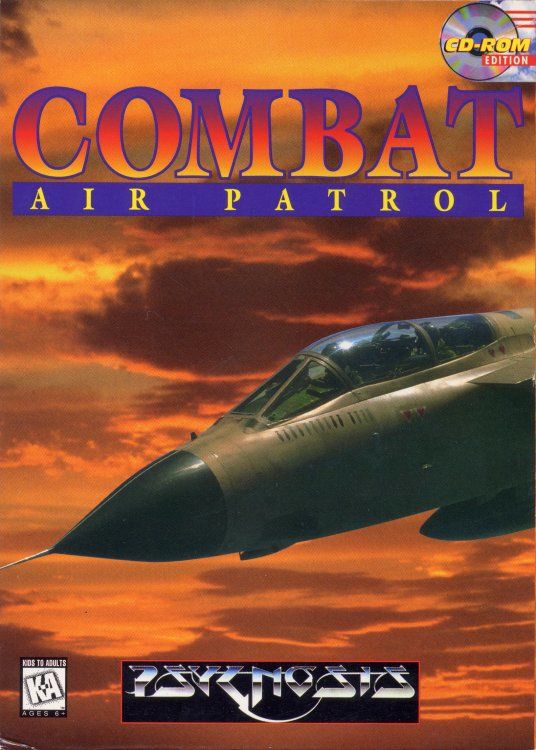 Very complex and trying to be realistic flight simulator on the war in the Persian Gulf. A choice of two aircraft – the F-14 Tomcat and F/A-18 Hornet.

Before the start of the game you can choose the model of plane, customize weapons and choose a pilot, then go specific mission in the campaign or a random mission (this is what we choose), to operate the machine hard enough, but the game has tutorial missions. However, learning it helps a little, and the management of difficult not in terms of realism, and that is a very strange physics of flight (there is almost no inertia, rotation is not always in the direction you are going). Jobs differ in the relative diversity and even the terrain before each mission you will have to choose one or the other plane – and sometimes it is important to choose the right suitable for these conditions. Enemy AI is, unfortunately, leaves much to be desired – they very often can do to break up the ground for yourself.

An interesting feature of this simulator, nowhere to meet, is that you can refuse to perform any mission after the announcement of its tasks, citing his poor health (!!!). Then, instead you'll fly another pilot. However, if you do this often, then you are just kicked out of the force.

Graphically the game looks, especially given the genre, just great – of course, a detailed landscape should not wait, but the cabin, the dashboard and even the briefing room drawn perfectly. In General, the simulator is definitely above average, though not for everybody.

PS: the original game was released on Amiga, on PC was ported two years later (i.e. in 1995). Port this is one of the worst, and it's not in the chart (although it is in the original much better), but the fact that the game was "cut" in half, by removing from it the strategic mode (in the Amiga version the player is generally performed in the role of a chief of high rank, and was planning a ground operation, and he was directly involved in supporting their implementation from the air). So the authors of the port there is no excuse.

Now, play Combat Air Patrol online for free on your browser and make your boring weekend fun and full of entertainment.