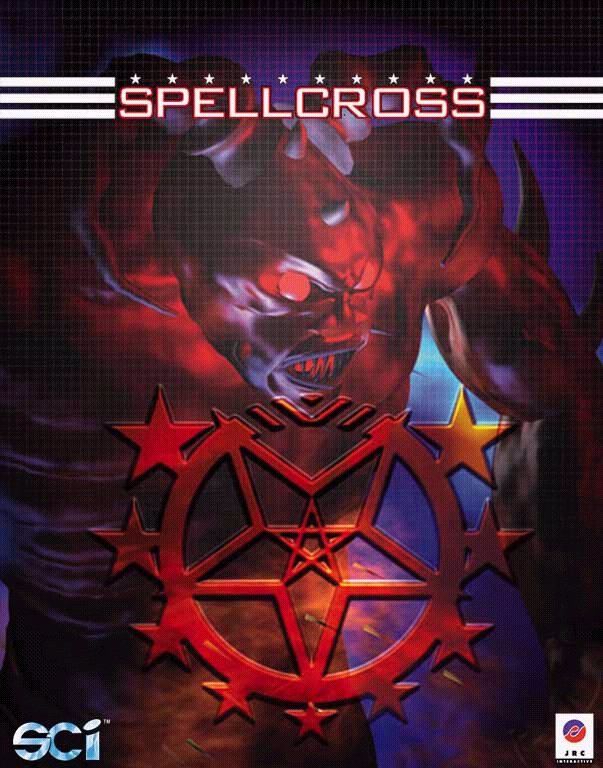 With many different features and various levels, Spellcross released in 1997 hit the right chords right from the beginning. Play this excellent Strategy/Tactics game and online now.

The worst danger is always lurking where you least expect it. It would seem, the person has already closed all the gaps in its defense, has repeatedly talked about invasions from outer space been trying to figure out the scenarios after technogenic and natural disasters, analyzing all the possible consequences of nuclear war... But a terrible blow was absolutely on the other side. Suddenly opened around the globe portals spewed hither swarms of monsters that previously existed only in our imagination. The invasion of fairy tale creatures was met with gunfire, salvos of artillery and carpet bombing, but all the modern weapons were suddenly ridiculously ineffective against the aura of magic, securely enveloping army of monsters. Leaving attempts to escape one by one, States around the world have joined forces to create a solid defense, but even then their plan was a failure – too unusual opponent made against people at this time. Maybe you, commander John Alexander, can resist the disaster? At your disposal there are only a handful of desperate soldiers, and the whole area surrounding is already occupied by the enemy, but when there are no other options, we have to go to extreme measures...

Essentially Spellcross is a classic turn-based strategy. The main part of the gameplay are tactical fights, and if you don't like to spend time on extensive preparation and careful planning, it is better to discard the thoughts of glory from his head. However, after the first mission, the game will allow you to try out their component and a second screen with a map area of the main battles, where you can plan your next steps to recruit to the squadron of new fighters and make many other useful things. Each mission in Spellcross corresponds to a certain region, which is divided into several parts – some of them originally belong to you, but a much larger number captured by the enemy. To advance in the story do not have to release them all the key places are marked in advance. The catch is that to improve the army, we need money coming into your Fund each move, and the more areas you have freed up, the more skills will be able to purchase. But it will have to Finance and science, without which you will not see any new models of tanks or body armor for surviving to their development of the Marines... And, of course, to complement suffered losses in the previous battle teams, too, as it is necessary, and call the new soldiers again translates into a certain amount. You can certainly skip several steps and thus increase the available capital, but that's only orcs and other creatures, feeling the weakness, will not fail to grab you something from the stripped fields. So it turns out that some time you can spend on peaceful development, and then, gathering his strength, would have to indulge in heavy fighting – otherwise earned blood advantage will quickly come to naught. An additional incentive not to sit idly by will be the presence of places that need to release for a certain number of moves. Therefore, with impunity, to lock myself in the office and wait for reports from scientists not usually.

Here, on the strategic screen, you have to base from time to time, look and officers of various ranks. Paying for their services, you will be able to assign groups of a certain size, thereby improving their efficiency. But no matter how great it is to work out a strategy and prepare your players to the next operation, the main portion of Spellcross is still a tactic.

After choosing a region, you place need troops there and begin the battle itself. This part of the game is also fully in step mode, however, now be distracted by extraneous elements not necessary – before you are the enemy and must be destroyed at all costs. You have both ground forces and the air force (although the latter appears far not at once). Tanks, helicopters, many types of infantry, BTR – powerful force in the right hands, but the enemy not inferior to you absolutely nothing, and often even several times superior in number. Even orcs, armed only with axes rough work, are cannon fodder in the army of the enemy, can cause a lot of problems but this is only the beginning! Huge catapults, huge nasty spiders, Golems, and even dragons – the variety of enemies has no limits, and, sadly, to bullets and shells at them for a long time already developed an enviable immunity.

Under each figure on the screen is hiding not one soldier or machine, and a whole group of them. The number of creatures in this group determines how severe the damage it will inflict upon impact. An important feature of Spellcross is the fact that, even when attacked, soldiers did not die right away, some of them included in the list of wounded, and they can still be back in operation on the spot, spending the course of treatment or repair. In addition, all ground units in the game know how after long periods of standing in one spot to dig in, nullifying any damage they receive. This is the cornerstone of victory – most of the tasks much easier to perform if to lure the enemy hordes to prepared positions.

The rest of Spellcross not deviate from the canons of classical strategy – the type of terrain will directly affect the movement, hills offer excellent visibility of the surrounding territory, and heavy tanks will not pass through dense forests, leave this task to the infantry. It is worth noting that all controlled units have levels of experience, determining their rates of attack and defense, well, another reason not to throw away soldiers left and right.

The world of Spellcross very dark, and morally to crush the player here seeking everything and Moody music, and dull types ruined cities, and evil grin on the face of the omnipresent monsters. But there is still hope in your power to understand and defeat the mysterious enemy. Always wanted to prove that modern technology and military skills superior to blind fury and ancient magic? Spellcross will help you with this.

Now, play Spellcross online for free on your browser and make your boring weekend fun and full of entertainment.