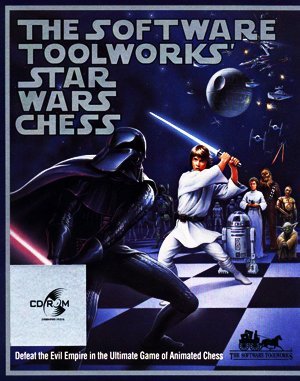 The game is a standard chess game in which all of the pieces are represented by characters from the original Star Wars film trilogy. Similar to Battle Chess, when one piece captures another, a brief animation plays showing a battle between the two characters. Some of these battles could be particularly humorous, as it is possible for C-3PO (a light side bishop) to defeat Darth Vader (the dark side queen).

You can play Star Wars Chess online here, in web browser for free!