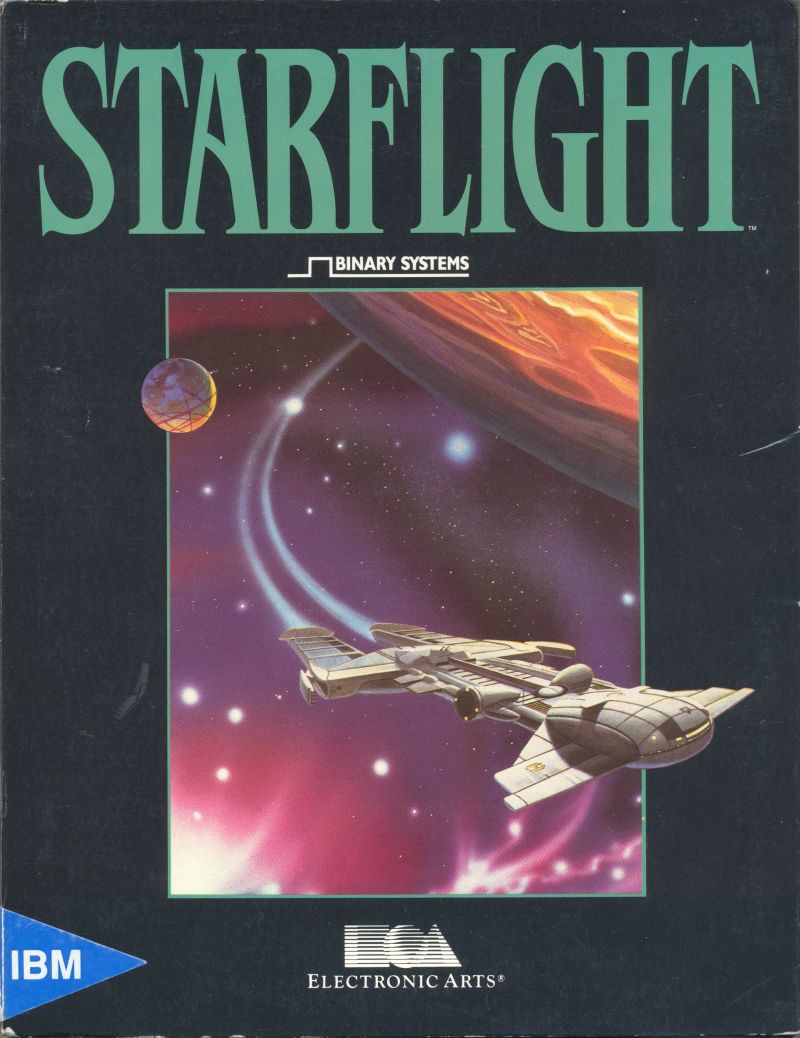 In the year 1986, Electronic Arts, Inc. developed a Top-down perspective game by the name Starflight. You can now play it online here.

The game's plot is pretty traditional now but then was a novelty. The game takes place in the very distant future. Thousands of years ago mankind went out into space, met with the three other races. Together they created a huge and prosperous Empire, where coexisted peacefully and produced a substance Endurium. The game takes place after these events, and many years later. The Empire has been destroyed, it was only a small Art colony, whose inhabitants are suddenly "remember" lost technology and decide to explore the space in order to determine the causes of death of the ancestors...

The game interface is not very complicated, but not very intuitive. It begins with an amusing third person: the screen between the doors running man in the suit. Doors - the menu of the game: for example, one item creation, and the other settings of the vehicle, and so on. Both have to do before the game. Characteristics of the members of the future crew and the ship itself not so much, but to ignore this process is impossible. In the future it will be possible to control the ship's course and movement of individual team members.

The game takes place in several modes - space exploration and landing on the planet, their research. The planet is not desert - they have both the resources and inhabitants. Resources should be collected to improve the vessel and the characteristics of the team (because they (resources) include not only energy and resources, but also biological data), and with the inhabitants can enter into a different relationship: it is possible to hire, and you can fight.

Graphics and sound speak especially not necessary - all the same it in 1986. For the time - not so bad.

In General, we can conclude that the game will be interesting is that fans of role-playing games in General, which are valued primarily belonging to the genre, or those who are interested, what started the sub-genre of futuristic RPG.

Romance of the Three Kingdoms II