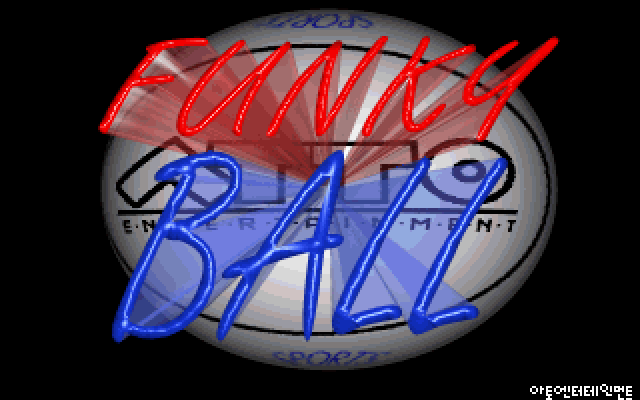 Your favorite game Funky Ball which was developed by Atto Entertainment in the year 1995 is now available online. Click here to play.

Korean sports game, dedicated to the rather weird team game with the ball, which can best be described as "a similitude of the foot volleyball".

In a team of three; the player controls one team, and under his direct control at a specific point in time, there may be only one athlete. The game takes place on a small platform with a grid, but all the blows are applied with the legs. The point is to beat the opponent, not just beat, but to throw over the net, trying to make it so that teams didn't hit, then it will be counted as a point. If you hit the ball so that it will remain on your half of the court, then a point is scored to the opponent, if rolled out or will be out of bounds too.

The game has a small simplification - when a team representative of the opponent submits, that your athlete is closest to which the ball will fly, marker, and they you can then manage; however, it is easier this game becomes. In order to hit the ball full, a player must have to operate; without your actions the ball can, at best, to get into the head of someone you will be repulsed, but will remain on your half of the site (where the greater the likelihood that it will simply leave its limits). The author of this description of the game seemed quite complex.

The game features a rather cute and colorful graphics in anime style. There are several teams to choose from, and different players hairstyles and costumes, and sometimes the original (for example, a team dressed in Egyptian style), but of course not by others. The expression of these same individuals all the players utterly aggressive.

Overall - quite cheerful and exciting game that attracts primarily the rare and unusual.