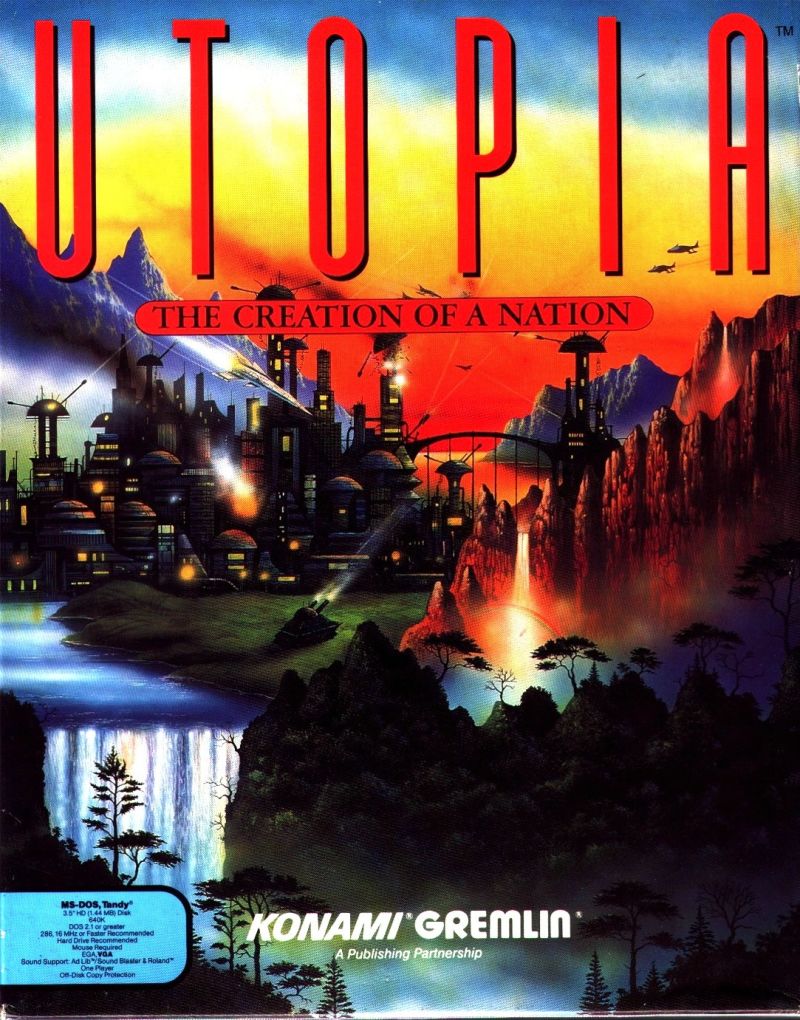 Click here to play Utopia: The Creation of a Nation online
5 /5

Want to play Utopia: The Creation of a Nation published by Gremlin Interactive Limited online? Just click to play the game.

Utopia: The Creation of a Nation description

"For those who are tired of SimCity" - with this slogan hard to disagree. General, really a lot. Moreover, the formal global contrast, only one – now have to not only build a city and manage it, but to fight. However valuable to Utopia in the first place is not it.

In principle, "SimCity war", and so is Caesar, let the gameplay there is very different. In Utopia it is much closer to the formal "the source." But tell me, have you ever thought it somewhat boring what do we actually manage? Yes, we have contemporary, historical, even futuristic city but always earthly and often causing a miss. Utopia offers another way. How about to become the Governor of a huge spaceport on a distant planet? About this, what we saw in "Star Wars". With hundreds of the most unusual alien races, with the hubbub of hundreds of languages as quirky, with a mix of thousands of plants from which your eyes create a new "global" civilization. And only once in the history of games like this chance you have.

As mayor of this colony the spaceport you have to go all the way from a blank surface of a distant hostile planet and their own enthusiasm to the extraordinary beauty and truly otherworldly skyscrapers, shared prosperity and huge guns, safely storing the peace of all your citizens.

Our final goal is to get up to a rating of well-being in our space of the metropolis, but at first it is necessary also to build... However, this is not enough: we have to do the security people and other creatures with food, water, work, entertainment, medicine, education, housing, security (i.e. a strong government and a strong police, but also to not overdo it), and many others.

Obstacles on the path to universal prosperity a lot. This and all sorts of natural disasters that have migrated here know where and who took a very exotic shape (the worst why it is considered a total Eclipse, there is even a special panel, where it can be tracked), and the invasion of enemies. Yes, the enemies there, and, besides food, shelter and circuses, your subjects need to feel safe from the evil invaders. So I have to study military technology to build tanks, planes, space ships, planetary guns, carry out reconnaissance operations. It is a good thing that the enemies here never attack early in the game when the colony is still very weak, so it is usually to beat them is not very difficult. The problem is different: here, as in Caesar e in the near future, fear of the people before the invasion is very strong, and even if you win with minimal losses, he will live long in the hearts of the people. And this affects well-being: to win the game need his level of not less than 80%, and the fear of the alien threat (even "persistent") overall rating very much reduces.

Not to mention the schedule is simply impossible: she's wonderful. And not only in the view mode of the city, where all buildings are drawn clearly and none of them like another (by the way, pay attention to the unique design of buildings), and in any other game mode, of which there are plenty. For example, amazingly well done animation of your advisors, who tell you about the state of Affairs in the colony: there are both humans and are very curious creatures, drawn very beautifully. And even the expression on their faces, depending on the nature of their report will be different. And this is just one of the many pleasant things.

The verdict is obvious – superior urban RTS with a fairly strong military element, but without the tedious "clicking" the mouse enemies. A real compromise between the two directions of the development of the genre. Strong recommendation to all fans of the old games (and RTS fans – a must!) and deserved the highest score.

Want to play Utopia: The Creation of a Nation online now, play it on your browser here.

Click here to play Utopia: The Creation of a Nation online
Rating breakdown