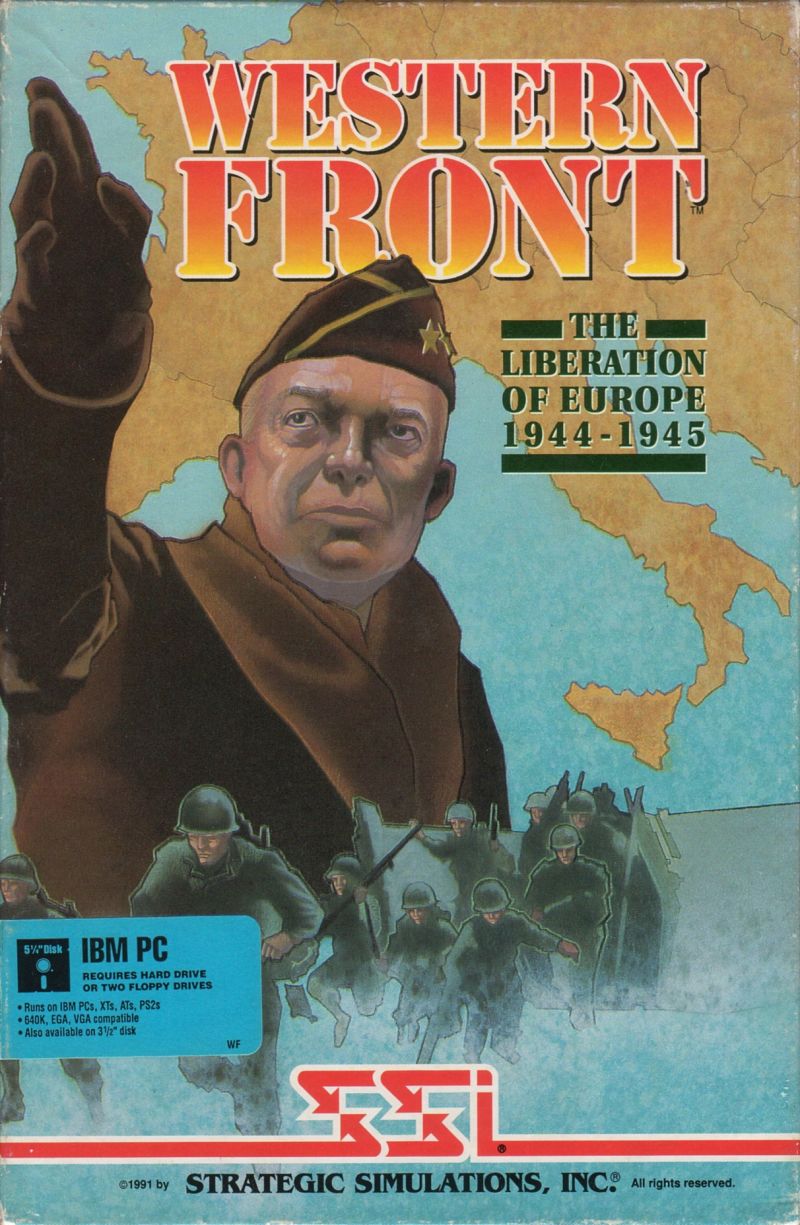 In 1991, a DOS game was released by Strategic Simulations, Inc.. The game was called Western Front: The Liberation of Europe 1944-1945 and belongs to Strategy/Tactics genre. Play it online by clicking here.

In fact – the sequel Second Front: Germany Turns East on the same engine, dedicated to the battles in Europe in 1944-1945.

The scenarios cover almost the entire period from the landing of allied troops in Normandy to the battle of the bulge; what is interesting – the battle of the Italian front is also included in the game. To say anything else about the game (besides that the graphics in it, as in most other wargames, almost no) is quite difficult, as for the gameplay it is almost identical to the first part; recommendations – standard (only for lovers of serious war games).

Play your all-time favorite Western Front: The Liberation of Europe 1944-1945 free on your browser here.