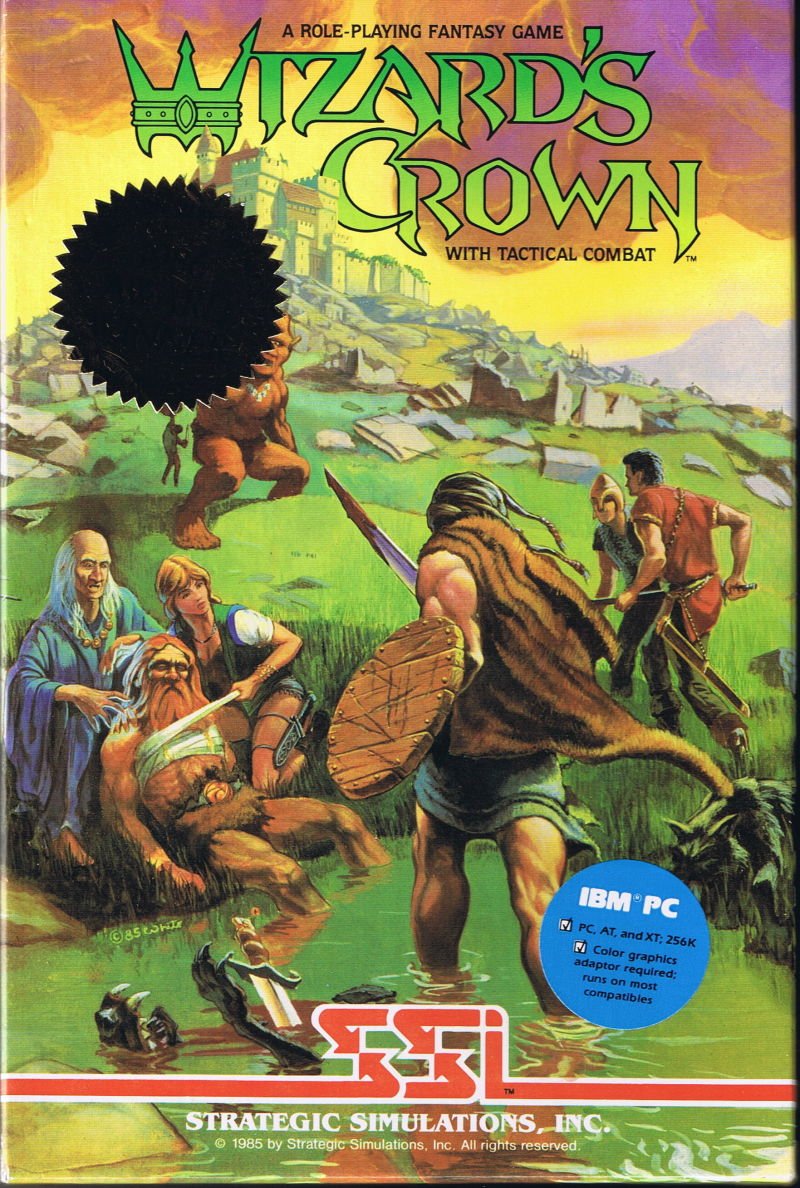 Strategic Simulations, Inc. developed a DOS game in the year 1987 called Wizard's Crown. In the video game ranking, this game ruled the charts for a very long time. You can now play it again online by clicking here.

Living classic of the RPG genre. The action takes place in a fantasy world in which the stolen crown of the Emperor, and the party of eight brave men must at all costs to return it.

Of the advantages of the game include really huge for its time, the game world, scrolling the screen and seemingly a large number of choice of the way (although actually the game is still fairly linear). The rest of today is pretty standard "old" RPG: a view from top, turn-based tactical battles with monsters (for them is a separate mode in which you need to give commands to the squad members), visit towns and villages where you can do a lot of things (for example, buy yourself new weapons), and, of course, a visit to the dungeons with mazes and enemies.

The graphics in the game very difficult to call beautiful – moreover, sometimes it is conditional enough that it's hard to parse what exactly is happening on the screen (but it is not a good image of the battle mode). But if you like really old classic RPGs doesn't like Wizard's Crown you just can not, because she has all the traits and attributes of "those" games.