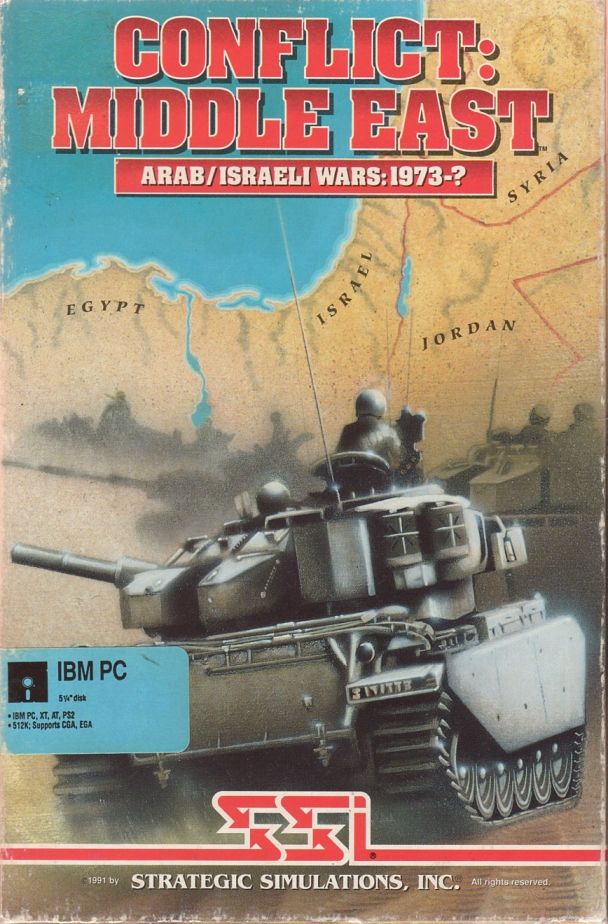 Strategic Simulations, Inc. developed a Wargame game in the year 1991 called Conflict: Middle East. You can play it online now.

Very detailed, but, paradoxically, characterized by a very sane management of the wargame focused on the Arab-Israeli conflict.

A choice of two large scenario – 1970s years ("historical") and "future" (hypothetical). In the first historical events and battles are recreated with great precision. You can play for Jews and for Arabs, for the latter, of course, much more difficult. It is also pleased that the technique in both scenarios differs very much (due to temporary differences in the action).

There is a choice of level of detail: "brigade" or "division". The differences relate to the detail of different types of units (and there are many, and there are aircraft). Finally, there are a number of pleasant things: weather changes (it could affect the situation at the front), arms supplies, reinforcements, ammunition, and other things, the political situation (which is also important factors).

Graphics here is. This, I think, enough. Of course, perhaps the developers have understood too literally its "unimportance" for the subgenre, but still Conflict: Middle East for lover's to a series that is quite playable. But the rest is better not to even look – "avoid".