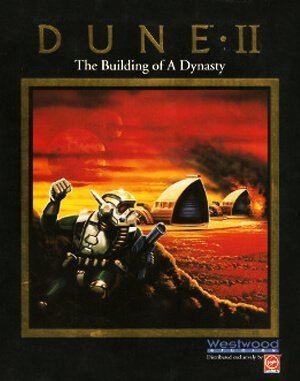 Dune II: The Building of a Dynasty

Click here to play Dune II: The Building of a Dynasty online
5.0 /5
Try the mother of all strategy games - Dune II, one of the best strategy game ever made!

Dune II: The Building of a Dynasty game description

The planet Arrakis (also known as Dune for its sandy landscape) is the only place in the known universe where Melange (more commonly known as the Spice) can be found. The Spice is the basis of interstellar travel and thus the standard of the Imperial economy. To increase productivity, The Padishah Emperor has invited three powerful Houses (Harkonnen, Atreides and Ordos) to compete against one another economically and bring up spice production. Competition among these houses begins peacefully but soon turns ugly as they battle each other with armed troops, advanced weaponry, and spies. The planet itself is also hostile, with dangerous sandworms inhabiting the spice fields.

Dune II: the mother of all strategy games

Dune II is often considered the first mainstream modern real-time strategy game and established many conventions of the genre. Even though set in Frank Herbert’s famous Dune universe, the game is only loosely connected to the plot of any of the books or the films based from them. Controlling either of the three Houses, the player must fight a number of battles against the other Houses. In the early levels, the goal is simply to earn a certain number of credits, while in the later missions, all enemies must be destroyed.

The single resource in the game is the Spice, which must be collected by harvesters. The spice is converted to credits in a refinery, which are then spent to construct additional buildings and units. There are two terrain types: buildings can only be constructed on stone, while the Spice is only found on sand. However, units moving on sand attract the large sandworms of Dune, who are virtually indestructible and can swallow even large units whole. As levels progress, new and more advanced buildings and units are made available, including structures like a radar station, a repair facility or defense turrets and, for units, various ground troops, light vehicles and tanks. Each House can construct one unique special unit, and, after building a palace improvement, can unleash a unique palace effect.

After a mission is completed, the player can select the next mission on a map of Dune. This choice determines the layout of the next map to be played, but has no effect on the overall campaign.

Play Dune II: The Building of a Dynasty online

Click here to play Dune II: The Building of a Dynasty online
Captures and Snapshots 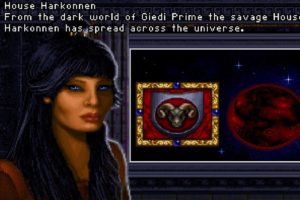 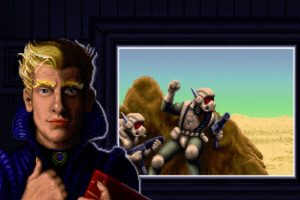 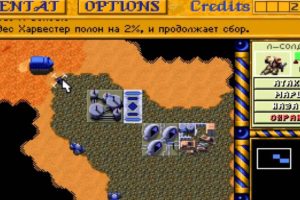 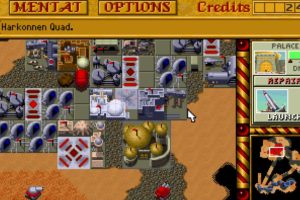