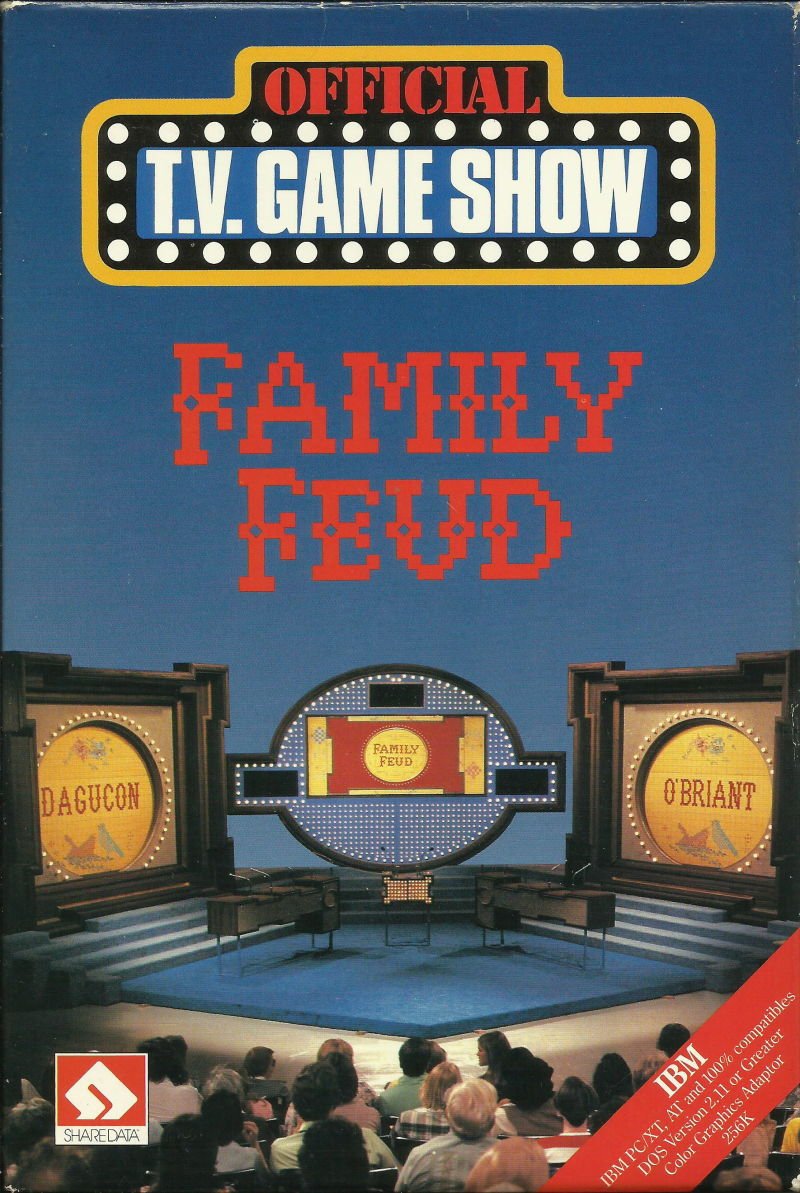 Remember the good old time of playing an awesome video game which made sad and long weekends happy and exciting? Family Feud, released by Softie, Inc. in 1987 is exactly that game. Replay here.

The computer version of the same TV intellectual quiz, invented in the 1970-ies Richard Karnam from the United States spread to other Western countries. As you might guess from the title, involves a quiz competition families.

You can play for the whole family against another family, managed the computer or another player (same computer); always in families of five people, the game is divided into several rounds. For each round are chosen at random questions, and need to "call" (for the game - typing) answers to them. In the real quiz show all questions before the competition, asked a hundred people, and for each correct answer the team received so many points, how many people gave the same answer; here it is implemented formally in the same way but the "standard" is the base of the game, for each round a random. If you give a wrong answer, the turn passes to another family; the winner is the team with more points. As in the original, the battle bonus round, where two people compete playing in the family the same social roles (e.g., fathers).

The game is relatively complex for bad knowledge of English language perceived her a list of pretty words, but still not very big, so guess the answer to the question, which will be perceived as a right, not easy: not only that some questions are very trivial, and in fact correct, but too exotic response may simply not be counted. In Family Feud there is even a graphics - only CGA palette, the backgrounds are absent, but the figures of the participants traced more or less good. As with all games not too ambitious direction "show-quizzes" - exclusively on the fan, and preferably two.

Enjoy playing Family Feud online, it can be played on your browser and is free.