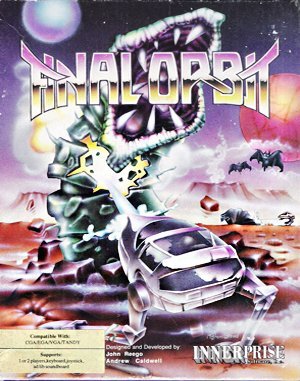 Click here to play Final Orbit online
5.0 /5
Final Orbit is a mundane top-down giant robot action game that plays like the arena portion of BattleTech 1, except a lot more boring and repetitive. Essentially you pilot an egg-shaped robot from top-down, shooting everything in sight on each level.

Final Orbit is a top-down giant robot action game. You pilot an egg-shaped robot, shooting everything in sight on each level. In the first three levels of this game, you man a walker. Once inside the main complex, however, you are stripped down to your combat armor and your basic weapon. Play Final Orbit online!