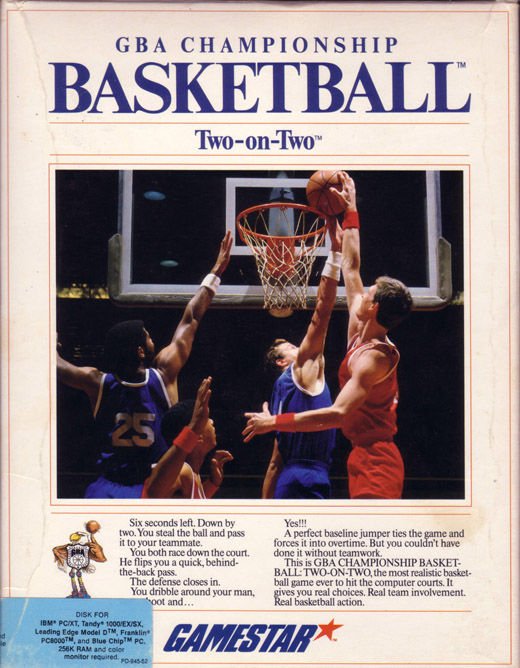 A DOS game was developed by Activision, Inc. and then released by Gamestar, Inc. in 1986, the game was called GBA Championship Basketball: Two-on-Two. Now you can relive the memories by playing it online here.

Old basketball simulator 2x2, classic sports computer games, for one of the first of its kind.

A choice of ten real players of the time (statistics and the more real the differences they have virtually none), it is possible to play including together on one computer, there is a practice mode where you can otrabatyvat different techniques (of which the game is, admittedly, a lot of that is pleasantly surprising). After each game you can view the match results and different statistics in the "newspaper".

From a graphical standpoint, the game is probably now very few people like, but even in those years there have been prettier games, but to present it a different seem simply impossible, for without the harsh charm of almost completely black background and more than conventional (but still color!) blurry CGA-figures of basketball players it would have been "that" game. Recommended to all nostalgic for this old man, and those who wonder what was the beginning of basketball simulators.

The Queen of Hearts Maze Game