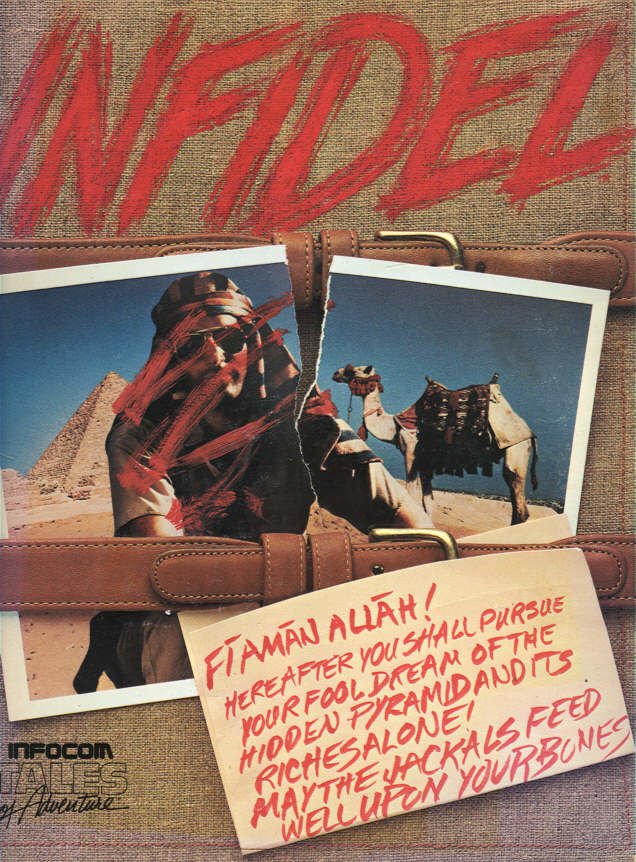 In the distant 1983, Infocom released a game genre of Interactive Fiction, which was called an Infidel. The gaming public she was received with restraint, critics reported that the game was clever and interesting, but it could be much better if...

So, in the game the player will have to devote themselves to the study of the desert and the pyramids. You can find the puzzles will be quite challenging for the modern player, most of these mysteries are connected with the Egyptian theme. In the game need to constantly think about all my actions, to try to predict, what will your next step.

The game has its own language of characters, which is not just be translated, but is associated with a lot of riddles and puzzles. In many ways, the game is believable and based on real historical facts. The puzzles themselves are very unusual and interesting. After playing this game, you begin to understand how his ears stick out of a Myst with its own language in-game civilization - still some Parallels.

Another fly in the ointment is that in some puzzles you have to reach the clue almost intuitively, as no hints just yet. But there are a lot of alternative solutions, which, however, also need to think of.

So, to summarize, if you are a fan of the genre of Interactive Fiction, then by all means play this game. At the time, she was given a very mixed assessment. However, if Interactive Fiction for you an empty sound, and you would simply like to see with this genre, you walk past - this game is still not for you.